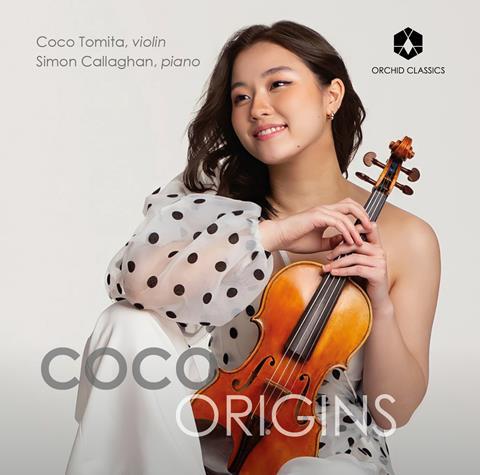 Following Coco Tomita’s win in the strings category of BBC Young Musician 2020, Orchid Classics invited the UK/Germany-based Japanese violinist to record her debut album. While Tomita – also a gold medallist at the Vienna International and Berlin International competitions – is hardly the first violinist to record a French and folk-themed disc, this crisply captured programme, attentively partnered by Simon Callaghan, is outstanding.

Enescu’s Ménétrier (‘The Fiddler’) is quite the opening gambit. Tomita’s tone is so luminously direct, and her singing quality, almost jazzy inflections and crisp rhythmic impetus so captivating, that it’s a while before you’re even registering her airily dispatched technical brilliance. I love how the Enescu’s final, pizzicato D chord is followed by the Poulenc Sonata, because while Tomita and Callaghan’s opening D minor explosion is a shock for its sharp-edged punch, it also has the air of continuation.

Then there’s the sinuously curling, time-suspended beauty that Tomita weaves for Lili Boulanger’s Nocturne; her more softly cloaked tone for Debussy’s Beau soir; and the world of colour and emotion that she packs into just the first phrase of Hubay’s glittering Fantaisie brillante, moving from a piercingly poignant wail to sweet tenderness. More please.