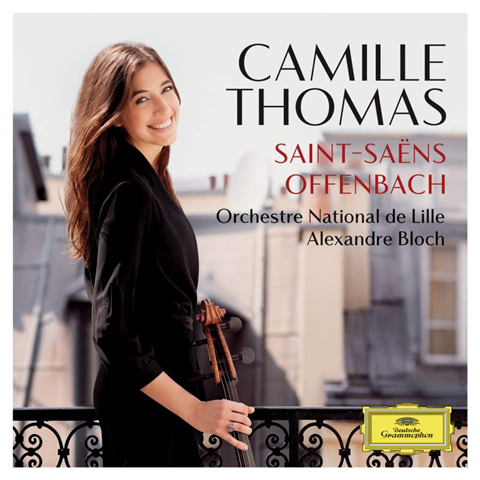 By choosing some of Saint-Saëns’s and Offenbach’s earliest works for the cello, Camille Thomas has created an appealing programme that combines familiar music with relative rarities. Thomas is the first cellist Deutsche Grammophon has signed in more than 40 years. Her playing certainly repays their confidence: beautifully shaped phrases flow from her bow as naturally as singing, and her impressive virtuosity appears effortless.

Thomas, who moved from her native Paris to study in Germany with Frans Helmerson and Wolfgang Emanuel Schmidt, brings an expressive range of dynamics to Saint-Saëns’ First Concerto. She draws deep, rich tones from the C string of her 1788 Ferdinando Gagliano, highlighted by the warm, sonorous recording, and then takes your breath away with the quietness of a pianissimo phrase high on the D string. Her interpretation is deeply Romantic, perfectly capturing the work’s moments of touching sentimentality. The little Suite, its Gavotte unmistakably paying tribute to Bach, is charmingly played.

Offenbach, a virtuoso cellist himself, pushes his soloist to their limits in the Boléro, with rapid high-tessitura octaves and double stops and a melody in harmonics, all of which Thomas accomplishes with musicality and apparent ease, while her expressively undulating Les larmes de Jacqueline shows off a palette of subtle tonal colours.