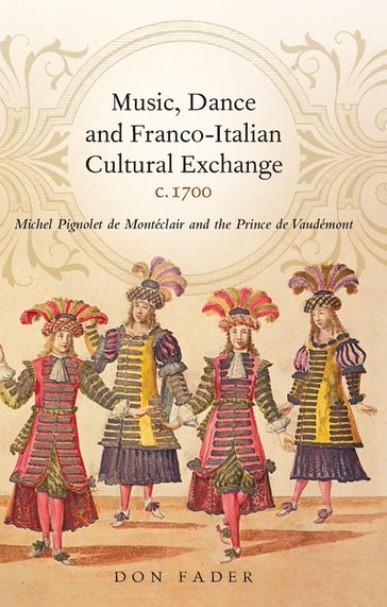 The new light that Don Fader sheds on the multifaceted career and works of Michel Pignolet de Montéclair (bap.1667–1737) will doubtless be of principal interest to readers of The Strad; but Fader’s overall focus is on the international collaboration and exchange of musicians, dancers, scores, musical styles and choreographic techniques in which Montéclair became closely involved. The Frenchman’s writings and theoretical works, among them his Méthode façile pour apprendre à jouer du violon (1711–12), the first French treatise on violin playing, and Principes de musique (1736), an informative source on ornamentation, are key to other pieces of Fader’s investigative jigsaw: the cultural patronage of Montéclair’s employer in Italy, Charles-Henri de Lorraine, Prince de Vaudémont (governor of Milan under the Spanish crown, 1698–1706); musical life in Paris and Milan at the turn of the 18th century; and the contributions offered and problems faced by musicians and dancers who worked across French and Italian national and cultural boundaries. They reveal not only how Montéclair’s direct experience of Italian culture influenced him, but also how it ‘resonated in the broader French musical culture’ of the period.

Fader has assembled information from a rich variety of sources, principal among which are papers belonging to Vaudémont, preserved in the Bibliothèque Nationale in Paris and detailed in Appendix 2. Following an introductory guided tour of the volume’s content and discussion of the significance of Franco–Italian exchange at the turn of the 18th century, Fader’s four substantial chapters proceed chronologically, following Montéclair’s journeys, both literal and artistic. Chapters 1 and 4 focus on Paris, charting respectively Montéclair’s early career as a cosmopolitan musician and the profound influence of his Italian experiences, evident in the broadening of his style and the enrichment of his expressive vocabulary. The central chapters concentrate on Italian–French collaborations in Milan, Turin and beyond, fostered by Vaudémont’s attempts to enhance his stature by infusing French elements into northern Italian culture. Activities at his French-modelled court included the staging of music and dance that mixed Italian and French conventions and multiple exchanges of musicians, dancers and scores between Paris, Hanover, Turin, Venice and various Lombardic states. The operatic repertoire in Milan and Turin is reviewed in Chapter 3, including various new musical sources, notably an opera by Albinoni and previously unknown works by Montéclair. The fusion of French and Italian musical and choreographic traditions is also demonstrated in the music of Milanese composer Paolo Magni and in Gregorio Lambranzi’s Tantz-Schul (1716).

Fader acts as a judicious guide throughout his exposition of the roots of 18th-century musical cosmopolitanism, making well-founded assessments based on a thorough understanding of his sources. Each chapter is divided into convenient subsections, many of which are wound up by concluding thoughts, and an overall conclusion suggests that the difference between Italian and French approaches was as much a question of aesthetics as of style, embracing also issues of identity and taste. An epilogue discusses Vaudémont’s papers from two other periods (1713–14 and 1722) in which he recruited musicians in Paris. Although Fader’s structure results in some repetition, it serves his purpose well and allows him to examine more deeply some aspects only sparsely investigated by others, for example the dance transcriptions from Turinese operas made by Roger Normand.

Substantially accurate, his text is well supported by 17 black and white illustrations, 26 tables, 45 music examples, 2 appendices, a wide-ranging bibliography and a helpful index. It reveals that Montéclair played a much more significant role in the ‘réunion des goûts’ than has previously been acknowledged and provides a greater understanding of factors which led to ‘the creative hybridisation’ of musical style, operatic conventions and dance technique in France and Italy through the 1720s and beyond.