A striking journey into a Sephardic world 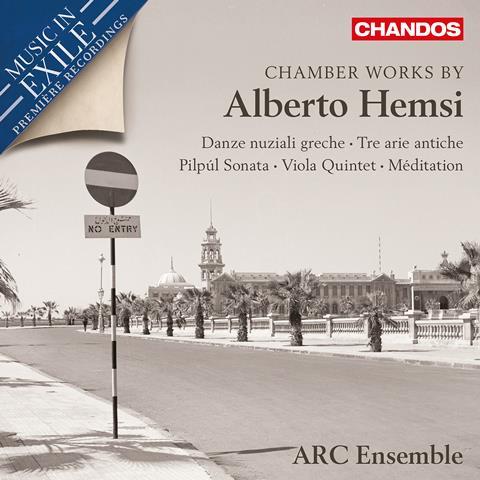 Description: A striking journey into a Sephardic world

Born on the western coast of Turkey into a Sephardic Jewish family, Alberto Hemsi (1898–1975) led an unsettled life, having on several occasions to leave everything behind and rebuild his life anew. He studied at the Milan Conservatory (his parents hailed from Livorno) and spent a large part of his professional life in Egypt before emigrating to Paris, where he died in 1975. Starting around 1920, Hemsi devoted himself to collecting Sephardic folk music. He published a set of some 60 coplas sefardíes, and consistently drew on the riches of this and other folk traditions for his own music. The present collection, beautifully recorded in Toronto by the Royal Conservatory’s ensemble-in-residence, gives a most interesting overview of Hemsi’s chamber music for strings.

In Méditation the cello rhapsodises ‘in the Armenian style’ against the piano’s harmonic buttress. The Greek Nuptial Dances, idiomatically set for the same instrumental combination, remind us that Hemsi grew up on the Aegean coast. Both pieces are forcefully performed by Tom Wiebe and Kevin Ahfat. The Pilpúl Sonata for violin and piano and Three Ancient Songs for string quartet are inspired by Sephardic music, the former incorporating more modern, jazzy elements (convincingly welded together by Emily Kruspe), while the latter are sophisticated settings of traditional songs collected by Hemsi. The Viola Quintet, dedicated to the Hungarian–Israeli violist Ödön Partos, is rather a mini-concerto for viola accompanied by a string quartet. Steven Dann finds the right balance as primus inter pares in a charming reading that makes much of the music’s playful rhythms.