The Knights: The Kreutzer Project 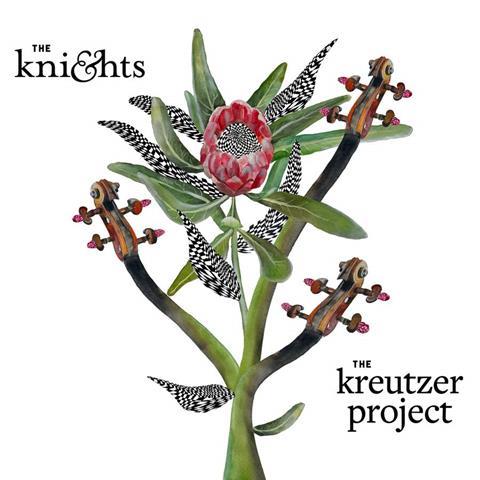 Here’s a concept album with a difference – works that have in one way or another been influenced by Beethoven’s ‘Kreutzer’ Sonata. Apart from the main work, also included are Janáček’s ‘Kreutzer Sonata’ First String Quartet, a piece by conductor Eric Jacobsen’s violinist-composer brother Colin entitled Kreutzings and Anna Clyne’s Shorthand, scored for cello (here, Karen Ouzounian) and strings, and based on motifs from the Beethoven sonata. To add a little extra musical spice, the Beethoven and Janáček pieces are performed in arrangements for small chamber orchestra.

In the case of the Beethoven (now dubbed the ‘Kreutzer Concerto’), the effect is remarkably convincing: hearing all those pianistic figurations on sustaining instruments has the bracing effect of freeing the music from its domestic confines. Colin Jacobsen plays the solo part with commanding aplomb, and The Knights enter the fray with a real sense of occasion.

In certain respects, the transformative effect of the Janáček transcription is less startling (and some may object on principle to the notion of this music rendered more easily by a chamber ensemble, as opposed to four players straining at the leash). Yet once again, the sensation of the expressive power of the music being enhanced without the usual attendant sense of effort is persuasive.

Kreutzings and Shorthand form a captivating bridge between the two established pieces and are full of invention. A winning programme, captured in nicely in-depth sound.