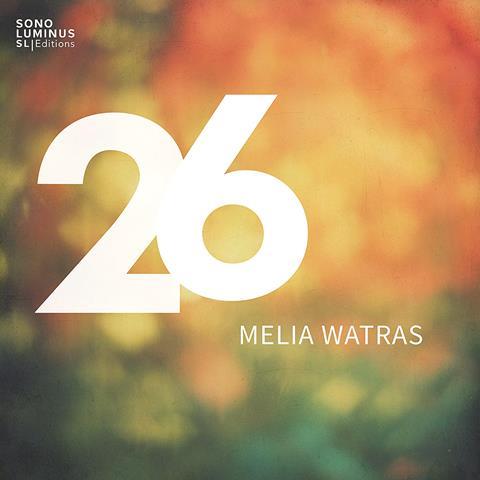 This recording’s title comes from the total number of strings heard in it, although never do more than two instruments take the stage together. More importantly, the occasion was obviously a labour of love for all involved. Almost all these compositions were written by the players themselves (the odd one out is Richard Karpen’s Bicinium, which is dedicated to its interpreters). Garth Knox’s Stranger, based on an ancient Irish tune, makes typically imaginative use of the viola d’amore’s sympathetic strings, which are alternately struck, plucked or just left to do their job of resonating supportively with the music. Atar Arad was Melia Watras’s viola teacher but he influenced her as a composer too, as this juxtaposition of their music shows. Watras’s Prelude was inspired by both the opening of Bach’s Third Suite and the composer–player’s warm-up routines. Her Sonata begins with a bang before going on to a soulful folk song that builds the main body of the first movement. Soft percussive effects punctuate the Semplice slow movement, which also ends the work after an angst-ridden fast section. Arad’s Toccatina a la Turk was inspired by Dave Brubeck’s similarly styled piece but, with its sprightly rhythms, it sounds to these ears like a 45th Bartók duet. Esther is a ‘nostalgic reflection’ on the Sephardic songs that the composer’s mother used to sing, and, as such, ideal material for a viola duet! Well recorded and lovingly presented, this CD is a beautiful celebration of 21st-century viola music. CARLOS MARÍA SOLARE