A blizzard of brilliance: Postcard from Novosibirsk

Now in its fifth year, the Trans-Siberian Art Festival continues to attract both acclaimed artists and exciting new talent to the snowy Russian city of Novosibirsk, from where Tom Stewart reports 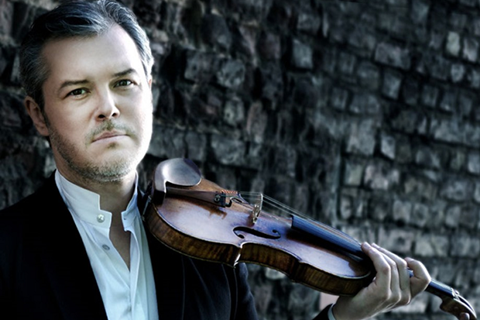 It takes around 50 hours to travel to Novosibirsk from Moscow on the famous railway from which the Trans-Siberian Art Festival (TSAF) takes its name. I chose the express option and flew, but even that took longer than it did to fly from London to the Russian capital.

A city of nearly two million people, Novosibirsk is the country’s third largest but, at little over 100 years old and bang in the middle of the boundless West Siberian plain, it is a world away from Moscow’s shadowy, urbane glamour or the Baroque waterfront of St Petersburg. But by no means is Novosibirsk a cultural desert: its main theatre (the largest in Russia) sits alongside one concert hall built in 2012, another recently refurbished, and a conservatoire that populates the city’s three orchestras and countless others around the world.

Opening with a hearty welcome from president Putin himself and containing details of performances by artists including Gidon Kremer, Kent Nagano and the baritone Thomas Quasthoff, the celebrity contents of TSAF’s printed programme are a testament to the eminence of the city’s cultural scene and the renown of its most famous musical son, the TSAF founder violinist Vadim Repin. 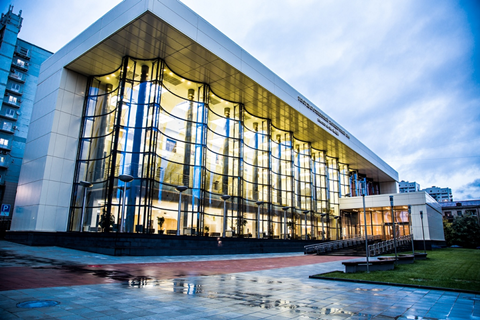 The festival lasts for six weeks and, although based in the Siberian ‘capital’, includes concerts as far afield as Tokyo and California. Sadly, I had only three nights in the city, arriving just in time to hear music by two Soviet composers who receive comparatively little attention outside the former USSR. First came a performance by Kremer of his arrangement of the 24 Preludes for solo cello by Mieczysław Weinberg, a prolific composer whose music – unlike that of his contemporaries Prokofiev and Shostakovich – failed during his lifetime to slip through the cultural iron curtain of the Cold War and gained little recognition in the West.

Kremer is a champion of Weinberg’s work, which at its best can be volatile and deftly eclectic; the Preludes, however, made for a monochrome 45 minutes that showed neither performer nor composer at his most convincing. The piece never quite managed to imprint itself on the memory, and Kremer’s pugnacious bowing fractured rather than intensified its effect.

Alfred Schnittke, whose 1988 Piano Quartet and 1976 Piano Quintet made up the second half, was the subject of intense international interest in 1990s – the first decade of post-Soviet Russia and the last of the composer’s life. Since then, however, his ‘polystylistic’ tapestries of sound, rich with theatrical irony, have returned once again to relative obscurity. Kremer was joined by players from his eponymous ensemble, Kremerata Baltica – violinist Agata Daraskaite, violist Giorgi Zagareli, cellist Giedrė Dirvanauskaitė and pianist Andrius Žlabys – who together gave revelatory performances of both works, matching transparency with colour and conviction.

The Quintet was especially compelling, its yearning, spartan textures captivated from Žlabys’s first beguiling chord (not easy in a space as big as Novosibirsk’s new Arnold Kats hall). Like La Valse uprooted to Volgograd, there was a grinding pastiche of waltzing Vienna overlaid with anguished, microtonal chorales. A naive, lilting melody brought the fifth and final movement to a close like a fading ray of icy sunshine, the players masterfully sustaining the last diminuendo for what felt like minutes on end. 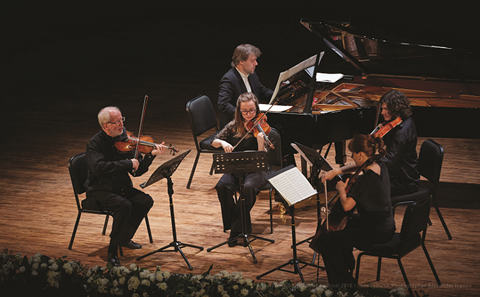 The following evening shifted the focus from Soviet expressionism to Gallic joie-de-vivre, with the Novosibirsk Philharmonic Orchestra’s performance of Debussy’s Prélude à l’après-midi d’un faune evoking the languid Mediterranean of classical myth while snow fell for the sixth consecutive month outside. Between that and Berlioz’s Symphonie fantastique came the Carmen Fantasie by Franz Waxman (after Bizet).

Eleven-year-old British violinist Leia Zhu demonstrated a disarming security in the pyrotechnics that followed, with lightning-fast shifts, cut-glass harmonics and an obvious familiarity with the choreography of concerto performance. It was unclear, however, if learning and performing pieces like this one (for all its fireworks and familiar tunes) will allow the prodigiously talented Zhu to develop a voice that is truly her own. A little roughness – in the more sustained passages of the ‘Habanera’, for instance – might have made for a more characterful rendition, but opportunities like that were few and far between in what, after all, is a showpiece written to underscore a 1946 Hollywood film about a virtuoso’s torrid love life.

Zhu is a student of Zakhar Bron, the Kazakh-born violinist who – as the teacher of Maxim Vengerov, Daniel Hope and, of course, Vadim Repin – first made his name as a pedagogue in 1990s Novosibirsk. The Bron brand has since gone international, with an academy for university-age students and now a school for younger players that has opened in Switzerland. Sophie Branson, 11, and Ilva Eigus, 10, who study at the latter with Bron’s former assistant Liana Tretiakova, were two other young violinists to feature in the festival line-up. 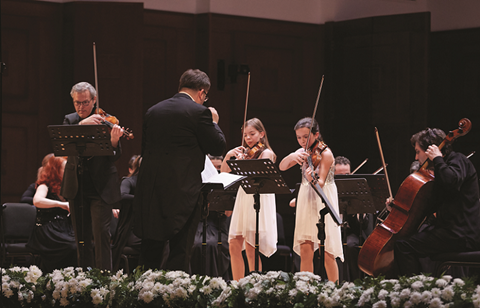 Their first appearance came alongside cellist Alexander Buzlov, the string players of the Novosibirsk Philharmonic Chamber Orchestra and Repin himself in the world premiere of iGeneration, a ‘concerto grosso for violin, cello and two young violin soloists’ by Swiss composer Daniel Schnyder. Behind the slightly glib title lay a work of surprising complexity in which Eigus and Branson were pitted against the older musicians in angular dance motifs with jagged harmony that borrowed from bebop as much as from Bartók. The second and third movements saw the girls navigate fiendishly complex polyrhythms on which the orchestra members were depending for their cues, and which were delivered with a poise that belied the scale of the challenge.

Next, Eigus and Branson played a selection of dances from Prokofiev’s Cinderella and Stravinsky’s Suite italienne respectively – capricious music that demanded (and got) a chameleon-like variety of sound. These were mischievous performances, both with enjoyable splashes of Neoclassical grotesque. None of the technical challenges of Cinderella, Suite italienne or iGeneration come close to those of the Carmen Fantasie, but all three allowed their young performers to show more of their musical instinct than is possible with page after page of left-hand pizzicato and trills played in octaves. Having the youngest possible student perform the hardest possible piece sells tickets, and has done for centuries, but isn’t always in the best interests of the audience – let alone those of the soloist.

Kremer and cellist Giedrė Dirvanauskaitė returned on my final evening in Novosibirsk to play Philip Glass’s 2010 Double Concerto, a piece that lacks the drive and clarity of the composer’s earlier work but which allowed the soloists to demonstrate an instinctive responsiveness to each other that was required, sometimes, to help Glass’s notes along. The real highlight in this concert was the high-octane conducting of Lio Kuokman, formerly assistant to Yannick Nézet-Séguin at the Philadelphia Orchestra and who seems to have inherited some of his old boss’s exuberance. Kuokman and the Novosibirsk Philharmonic concluded with a performance of Beethoven’s Fifth Symphony that was Siberian in the best possible way – immense and indefatigable.