As the 'polar vortex' maintains its icy grip on the US, The Strad revisits Douglas Lay's article on keeping your stringed instrument healthy during the winter months 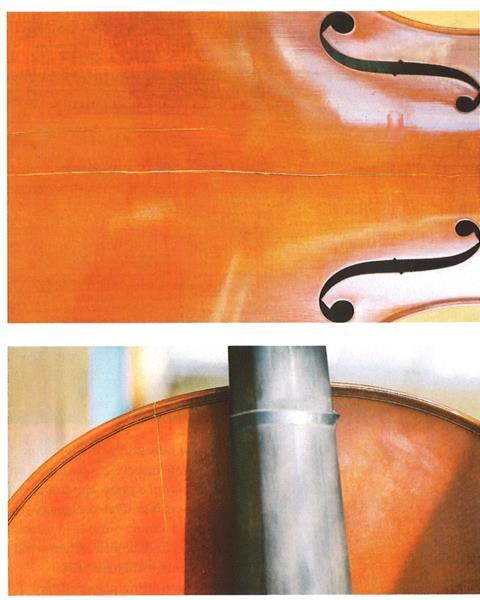 They say that the weather can influence one’s mood. This is at least true of string players when winter is unkind to their instruments. Pegs can spring loose, unpleasant buzzes can suddenly develop, the sound quality and response can deteriorate or, most horrifyingly, a fresh crack can appear or an old crack reopen. Why do these things happen? And why during winter? Is there any way to prevent them?

The two factors of the weather that most affect string instruments are temperature and humidity. Over the last century, the temperatures at which instruments are usually kept have been greatly stabilised by improvements to indoor climate control. The passenger cabins of cars or planes are held at reasonably constant temperatures that are as likely to preserve the condition of the instrument as they are the comfort of the occupants. Travel between artificially heated places is still necessary, of course, but can usually be accomplished quickly enough for the instrument case to provide sufficient insulation. Except in unusual circumstances when, for example, an instrument is inadvertently left in an unheated car, cold temperatures are not the direct cause of instrument ills. The temperature is critical, however, because it determines how much moisture the air can carry.

Stringed instruments are affected by humidity because wood is hygroscopic, which means that it naturally takes on and loses water to maintain a balance with the surrounding air. This causes it to expand and contract, a bit like a sponge, and explains why close-fitting wooden doors sometimes jam shut or can’t be closed in certain weather.

There is a limit to how much moisture the air can hold: the colder it is, the less it can carry. If you compare the amount of moisture in the air with the maximum it can hold at that temperature, then you get the relative humidity. For example, when the air is saturated and cannot hold any more, we say this is 100 per cent relative humidity. If you warm that air, you increase its ability to hold water. Its relative humidity will drop because it has the same amount of water in it but it can now hold more. If there’s a big increase in temperature, then the humidity will plummet. What happens, you might ask, if the temperature drops? Well, the converse is also true, but you can’t get a humidity greater than 100 per cent, so the water condenses on cold objects, or falls as precipitation.

During the winter the outside air has very little moisture in it and some of this air works its way into buildings, either  accidentally – because of draughts from doors and windows – or by deliberate circulation. If water is not added to this influx of air as it warms, then it will become very dry and the humidity will drop. This is when string instruments suffer.

Predicting how wood will respond to changes in moisture content is not a simple matter. The microscopic, cellular structure of a tree means that the physical properties of its wood are not the same in all directions. Changes in stiffness, hardness and elasticity vary with the orientation of the grain, as does the swelling or shrinkage. Weather-related changes in the size of a piece of wood are practically negligible along the grain but can be quite significant across the grain.

Different pieces of wood expand and contract at different rates, depending on the species of tree the wood was cut from and the precise orientation of the grain in the sample. If we take a mid-range rate as an example, the decrease of atmospheric humidity in the winter would cause a board 10cm wide to shrink by half a millimetre or half a per cent. The same weather change would cause a similarly sourced, 20cm-wide board to shrink by a full millimetre. So in absolute terms, the effect of the weather is greater on larger pieces of wood. This is why cellos and, especially, double basses are more prone to weather-related problems than violins and violas.

The shrinking or swelling of the individual components of an instrument wouldn’t be a major issue if they all changed at the same rate and moved with each other. Grain directions and materials vary and it is the disparity between the rates of change of adjacent parts that causes the problem. Even relatively minute dimensional changes can bring disorder. Some mishaps occur because the very dense wood of the pegs shrinks and swells differently from the maple of most pegboxes. In the winter months the pegs often slip loose as they shrink; conversely, in the summertime they can swell to the point of immobility. These problems occur most often with instruments that are used infrequently, as the daily tuning of the strings has the side-effect of constantly readjusting the seating of the pegs to the weather conditions. However, sudden temperature changes can affect the instruments of the most assiduous players. Musicians who travel from one extreme location to another in quick succession, thereby exposing their instruments to abruptly changing atmospheric conditions, may encounter these situations as well.

Joints between similar pieces of wood are also problem areas, particularly if their grains lie perpendicular rather than parallel to each other. For instance, at the sides of an instrument the grain runs along the visible surface of the ribs. They are bent into their final shape and the grain follows the entire perimeter of the instrument, running perpendicular to the grain of the back and the belly at the upper and lower ends of the instrument and parallel to the grain of the plates at the extreme flanks. This conflict between plates and ribs can affect the fit of the soundpost.

In the winter, as the humidity decreases, the plates shrink in width – or they would do if they weren’t constrained by the ribs. The edges of the curved front and back plates remain secured to the relatively unchanging ribs and the shrinkage manifests itself as a reduction in the height of the archings. The centre regions of the two plates converge and the fit of the soundpost becomes tighter. In the spring and summer, the plates expand with the rising humidity, the archings rise and soundposts become looser.

The way in which a soundpost is wedged into position greatly influences an instrument’s playing qualities, especially its power and quickness of response, but also its timbre. So having one that’s too tight or loose will cause problems. Usually, a minor seasonal adjustment of the soundpost is sufficient to restore the instrument’s playing qualities, but it is occasionally necessary to have posts of different lengths prepared and ready to be swapped as the weather changes.

The same variation in arching height, coupled with a constant neck angle, can affect the height of the strings above the fingerboard. The bridge itself also changes in height, as it swells and shrinks across its grain with the weather. Seasonal variation in the height of violin strings is hardly perceptible, but the strings of some cellos can fluctuate by a few millimetres in height over the course of the year. Excessive string height can make an instrument sluggish and difficult to play, while insufficient string height allows the strings to rattle against the fingerboard. A common remedy is to keep a set of bridges of different heights and swap them over as necessary. In less extreme cases the player may prefer to retain the same bridge and insert wooden veneers under its feet during the dry winter, but most violin makers take a dim view of this practice because of the unavoidable deterioration of the join at such an acoustically crucial site. Basses suffer even more because of their greater size, and one of the more innovative solutions is to have an adjustable neck and fingerboard. A more common remedy is to install a bridge with screw-adjustable legs.

The onset of cold weather can damage instruments in more serious ways and cause glue joints to come apart. The plates shrink and swell most differently from the ribs at the ends of the instrument, and the glue joints in those areas are more susceptible