Practising at unsociable times or away from home is the norm for many string players. Vicky Sharpe explores the products that can help you put in the hours without upsetting those around you 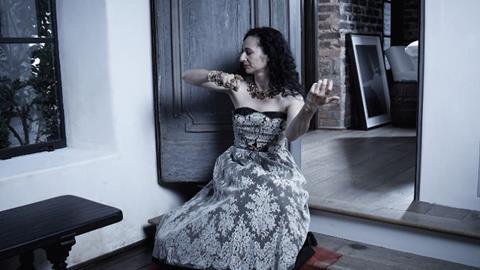 FOR STRING PLAYERS WHO SPEND A LOT OF TIME touring or away from home, it is essential to snatch moments here and there to practise or make use of ‘dead’ time – late at night or early in the morning, for example, or on a long train journey. Some players take this to extremes, such as London-based violinist Emma Blanco. Stuck in stationary traffic on the way to a concert with her ensemble Graffiti Classics (a comedy quartet comprising two violins, a viola and a double bass), the group was worried it wouldn’t arrive in time to perform, and it needed to practise a passage beforehand. ‘Apart from our bassist, who was driving, we took out our instruments in the car,’ says Blanco. ‘Luckily it was a pizzicato piece, so we didn’t need any bowing room. We certainly got some funny looks.’

Although an unusual place for a rehearsal, a car is quite self-contained and the sound shouldn’t upset those around you too much. But this might not be the case in a hotel room or in a flat. The obvious solution is just to play quietly, as Aaron Boyd, violinist with the Escher Quartet, did when his daughter was a baby. ‘I used to go into our tiny bathroom and play repertoire softly,’ he remembers. On the other hand, you also need to be able to practise the style, dynamics and feel of the music you’re learning. ‘The sound you make is so important. You must be able to practise without sacrificing it,’ insists double bassist Leon Bosch. Boyd also adds that less experienced players can find it difficult to play normally again if they spend too much time practising quietly. ‘You hear it in their sound – they probably have to practise in a closet without making any noise,’ he says.

OF COURSE, THERE ARE WAYS you can reduce the sound you make. Most string players will have a concert mute – perhaps the rubber Tourte model that fixes over two strings and sits on the bridge, or the metal-and-plastic sliding Roth Sihon mute. Although often used to alter the tone of an instrument, they can be used to dampen the sound too. So far this has been enough for Blanco. ‘Sometimes I use one if I’m in a hotel room,’ she says. ‘It means you can keep your fingers agile, and I’ve never had any complaints.’

For others, though, something more than a concert mute might be required. A practice mute will dampen the sound much more because it is bigger and sits across the whole bridge. A metal one will give the quietest results, but its size and weight mean that you need to be careful – metal mutes have been known to vibrate too much and fall on to the body of an instrument. But this doesn’t deter Barnabás Kelemen, violinist of the Kelemen Quartet: ‘I have a “hotel mute† – a huge metal practice mute to use in emergencies. It’s OK if I really need to learn a piece or practise a technical bit, but it does affect intonation and sound quality.’

Rubber practice mutes, for example the ultra practice model (see box below), offer slightly less sound reduction, but come without the risk of damage to your instrument. A third option is rubber-coated metal mutes, for example those made by Gewa and Artino. These don’t help you to achieve as quiet a sound as the purely metal ones, but they’re kinder to your instrument if knocked off. This is the preferred option for German violinist Julia Fischer, who uses a Gewa mute. ‘I use it when practising at late hours and generally when in hotel rooms. It allows me to practise whenever I want to. It doesn’t really affect my playing, because I usually concentrate on interpretation when I’m using it,’ she says.

If you want more than a concert mute but less than a practice one, there are in-between options such as the trident mute, made from ebony. It rests on the bridge, but the prongs holding it in place don’t sit as far down as a practice mute, resulting in less dampening of the sound. The Heifetz mute – named after, and originally made for, the man himself – is similar in size to a concert mute, but it has an adjustable metal tension clip (the rest of the mute is rubber). This allows you to control how much you mute your instrument.

IF A SHOP-BOUGHT MUTE isn’t to your taste, there are homemade solutions you can try. ‘I use two clothes pegs – one clamped over either side of the bridge,’ says violist Nils Mönkemeyer. ‘It doesn’t seem to affect intonation and it mutes the sound just enough not to drive my neighbours crazy.’ According to Boyd, clothes themselves can also be used. ‘My quartet was rehearsing in a hotel once and wanted to be a bit quieter. So, alongside playing more quietly, our cellist wrapped some socks around the bridge of his bass to absorb the vibrations and dampen the sound. It seemed to work!’

Kelemen too has used an item of clothing – ‘I’ve tied a shawl around my violin, over the f-holes and under the fingerboard,’ he says. ‘It works better than a normal small mute.’ He has also tried a few other homemade options. ‘I’ve sliced a notch into an eraser and pushed it over the bridge,’ he says. ‘I’ve also folded some paper to make it long and thin, then wrapped it around the strings between the fingerboard and the bridge.’ This paper trick seems to be a popular choice for musicians searching for do-it-yourself mute ideas on online forums. Just fold a strip of paper along its long edge before doing as Kelemen describes.

In 1997, Yamaha became the first brand to tap the ‘quiet practice’ market by introducing the SV-100 – an electric silent instrument with a headphone jack. It was aimed at people in Japan who lived in densely populated areas and didn’t want to disturb their neighbours. Now the Yamaha Series includes a range of models for violin, viola, cello and double bass, with some purely for silent practice and others that can also be used for performance. Other electric violin makers have introduced headphone jacks to their instruments over the years: Ted Brewer Violins with the Vivo Air violin, for example, and NS Design with its CR4 series, available for violin, viola, cello and bass.

Instruments that don’t have headphone jacks but can be plugged into amps or other output devices include the Jordan electric violin, the Bridge Aquila violin and the NS Design WAV. These work well for British–American violinist, composer and arranger Ysanne Spevack, who has toured with the Smashing Pumpkins, Elton John and DJ Tiesto. ‘It’s great to be able to practise without annoying those around you,’ she says. ‘I have a handmade electric/midi violin by John Jordan of Jordan Electric Violins and I can use it as a practice instrument if it’s plugged into an amp and my headphones.’

And of course, you can always play an electric instrument without plugging it in. Spevack also has experience of this: ‘My Bridge carbon-fibre electric violin has a hollow body and works best “unplugged.† It’s not 100 per cent silent – just very, very soft.’ 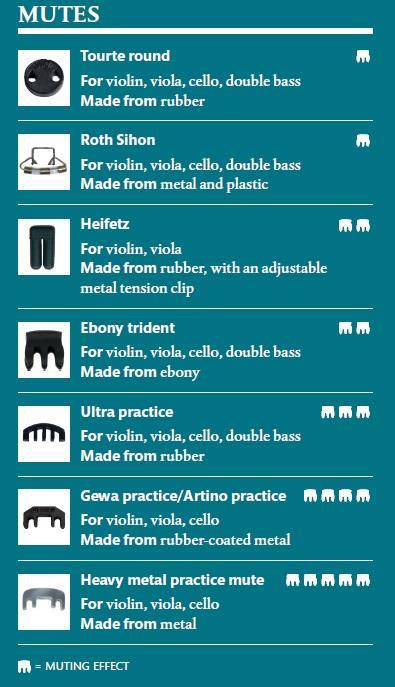 FOR OTHERS, THOUGH, electric instruments feel too different from their regular ones. As Bosch says, ‘Practice is tactile: you learn to play by judging distances. If you practise using an instrument that feels different, your intonation may be compromised.’ Luthier Jerry deGroot, however, believes the solution is the ‘Prakticello’ – an acoustic instrument invented by Ernst Nussbaum, which looks and feels like a normal cello but plays at a similar volume to an unplugged electric instrument. ‘It feels identical to a regular instrument,’ he says.

The Prakticello is played and creates sound in the same way as a normal cello. It has conventional strings and an ordinary fingerboard, endpin, tailpiece, scroll and bridge, and is played with a standard bow, but it doesn’t have a soundpost or a hollow body to amplify the sound. This also helps with its other handy feature: it splits up into six pieces that fit into a bag small enough to go into an overhead locker on an aeroplane.

Irene Sharp, a cellist and teacher at New York’s Mannes College of Music, has had a Prakticello for many years and finds it easy to switch between that and her normal cello. ‘I’ve done a lot of travelling and I like to be able to practise,’ she says. ‘The Prakticello has a soft, sweet sound. I can do dynamics on it, and it keeps my left hand and my bow arm in shape when I’m away.’ Joel Krosnick, cellist with the Juilliard Quartet and teacher at the Juilliard School, agrees. ‘It makes a pretty sound,’ he says. ‘I regularly use a mute in hotel rooms, but the Prakticello is a portable, relatively inexpensive cello that I can easily take on vacation while still being able to practise enough to stay in shape.’

SO FAR, BOWS haven’t really come into the equation. Yet they can play a part too, as Mönkemeyer discovered. He has, on occasion, used his bow differently to mute his sound in a trick he learnt from violinist Vilde Frang. ‘If worst comes to worst,’ he says, ‘you can put a bit of rosin on the wood of the bow and use it the other way around, with the hair on the top. That way you get the emphasis of real playing but without producing a loud sound.’ If you decide to do this, it may be wise to use a spare, inexpensive bow. California-based violin teacher and blogger Kim Walters advocates the use of a spare bow without rosin. When there is no rosin sticking to the stings and getting them to vibrate, your instrument won’t make much of a sound. The downside? Your bow will feel very slippery and hard to control.

Whether you use a mute, another instrument or a homemade device, it’s unlikely that you’ll manage to please everyone – even if the people complaining are fans of your music, as Fischer found out. ‘I was practising in a hotel room with a mute at 9.30pm while touring and two elderly ladies knocked on the door to complain about the noise,’ she says. ‘I apologised and promised to stop and they answered: “By the way, we’re very much looking forward to your concert tomorrow.”’

Perhaps it’s best to consider this story about Yehudi Menuhin: ‘He was on a long train ride across the US and he was practising in the bathroom,’ says Boyd. ‘People kept knocking on the door to complain, but he kept going, even though he knew people would be annoyed. Shortly before the end of the journey, he chose his last piece: Ave Maria. He played it as beautifully as he could. When the train stopped, no one came to complain.’ The moral of the story? Play as much as you need to, when you need to. Just end with something beautiful.