Why can't players get vibrato right?

Vibrating need not compromise purity of tone if it's done tastefully, says Tully Potter, who takes to task those who overplay, misplay or completely disown it. From October 2009 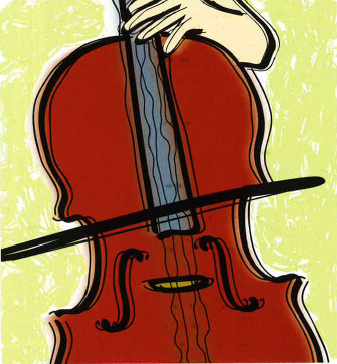 We live in an age of too many certainties, and string playing has not escaped the attentions of the fundamentalists. If I had a pound for every word of nonsense that has been vented on the subject of vibrato, especially by Roger Norrington, I would be a rich man.

I hesitate to add to the stream of vibrato-guff, but at a time when ‘modern’ orchestras are prohibited from playing ‘old’ music, while the period brigades move their entrenchments forward to encompass Elgar, Mahler and the like, perhaps a mere listener may have his say.

I do not like hearing Mozart, whose style is founded on singing, without vibrato, although Haydn’s more bracing, contrapuntal style can take it.

Nor do I enjoy Beethoven’s music without vibrato: some passages can be effective when played senza vibrato, and the greatest of all Beethoven players, Adolf Busch, employed that device. But he told his students: ‘If you play without vibrato, you could be feeling things as deeply as anything, and no one would know it.’

If the period players were serious about their calling they would have a different armoury of vibrato effects for every national style, if not for each composer. Hungarian music would be played with the Hubay school’s wide wah-wah vibrato, for instance, while French music would have quite a silvery finger vibrato, with now and then a spot of right-hand vibrato produced solely with the bow, as Capet used to do.

But I am happy if each player comes before me on the concert platform with his or her own painstakingly developed range of vibrato styles. I am also at ease with constant vibrato.

What I cannot stand, either musically or aesthetically, is the modern habit of beginning a note ‘straight’ and then starting to wobble in the middle of the note. It seems to have started with the cellists – Daniil Shafran being the most vulgar exponent – but it has spread to violists and violinists.

When a player does it, I hear the note twice, as a sort of ‘uh-huh’ effect. It is jarring in a very tasteless way. If continuous vibrato is employed, it should be continuous. As Lionel Tertis put it, ‘The finger must remain and vibrate on the string you are about to leave until you have actually begun to play the note on the next string – and this second note must immediately take up the vibrato of the note you are just leaving.’

String playing goes hand in hand with singing, although one discipline will be ahead of the other at any given time. When modern orchestras began to play more and more loudly, partly through the use of string vibrato, singers found they could compete better if they too used vibrato.

This use of vibrations to ‘throw’ the sound evolved because musicians had to play or sing in bigger and bigger auditoria, especially in America. I dislike the later playing of Piatigorsky for this reason; and I can usually identify one of his pupils within seconds.

Let us, by all means, encourage purity of tone in string playing. But that purity need not rule out a tasteful use of vibrato, where the player really listens to himself or herself when preparing and performing the music.

This article was first published in The Strad, October 2009

Read: Should vibrato exercises be practised separately from the repertoire?