Mats Lidström, the Leo Stern Professor of Cello at London’s Royal Academy of Music, examines the curious and sudden omission of rhythm and flow in the final five bars of Bach’s Prelude in D minor for solo cello, in this extract from the January 2022 issue 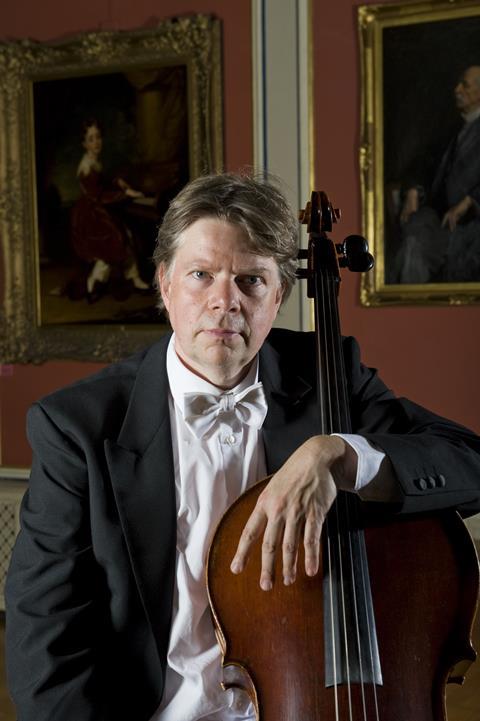 The following extract is from The Strad’s January 2022 issue   feature ‘Bach Second Cello Suite – Prelude: A small but crucial omission’. To read it in full, click here  to subscribe and login. The January 2022 digital magazine  and print edition   are on sale now

Each performance of the Prelude from Bach’s Cello Suite in D minor BWV1008 reveals the cellist’s knowledge of 18th-century Baroque notation. Four bars before the concluding tonic chord, the energy and flow that have characterised the music up to that point are suddenly interrupted by a single dotted minim chord in each bar. This in itself puts great demands on the cellist’s bow-speed control – especially after having played almost two pages of mainly semiquavers. To sustain a chord across three strings for that amount of time, while also trying to maintain sound quality, is not only difficult, but makes little musical sense: the music resorts to practicalities, while expression and drama are lost rather than intensified. Graphically, these last few bars look strikingly different from the rest of the piece – more in the style of a sarabande – and are worth investigating.

In Bach’s time, paper was expensive and could also be difficult to come by, so wasting it was not an option. In one example Bach completes the last movement of a harpsichord concerto on the upper half of a page and follows it immediately with the beginning of a trio sonata in G minor – which he never completed. Added to the financial aspect was the fact that writing and copying music with pen and ink made for a tedious occupation, especially in the evenings when the lack of light slowed precision. Saving both paper and time was essential – hence composers’ use of abbreviations.

There might be as many as 50 different editions of the Bach Cello Suites in existence today. The majority are loyal to Anna Magdalena Bach’s handwritten copy, labelled Source A within the official research relating to these pieces. This means that the end of the D minor Prelude is mostly presented without a comment on Baroque notation. Source B (the Kellner copy) offers no further information; neither does Source C (the Westphal manuscript, prepared by two copyists and dating back to the second half of the 18th century, though brought to light in 1830).

But then there is Source D, prepared by an anonymous copyist, which quite astoundingly was offered for sale (along with other works by Bach) in 1799 by art and music dealer Johann Traeg in Vienna (example 6). This source adds two horizontal lines through the stem of each chord from bar 59, like tremolo lines, indicating thereby that the note values of bar 58 should continue.

Read: From the archive: Interpreting Bach