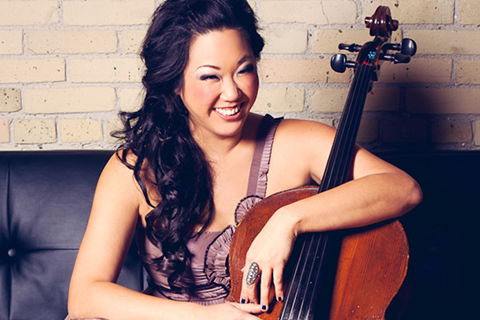 Minna Rose Chung is associate professor of cello at the University of Manitoba, Desautels Faculty of Music, Winnipeg, Canada

The following is an extract of a longer article in The Strad’s April 2018 issue. To read further, download now on desktop computer or via the The Strad App, or buy the print edition

When I was studying Dvořák’s Cello Concerto for the first time, I found it difficult to identify which notes were out of tune in some of the double-stop passages, so I felt confused and insecure about my playing. To help me, my teacher Hans Jørgen Jensen taught me about Tartini tones.

A Tartini tone – a concept established by Guiseppe Tartini in 1714 – is the third tone produced when you play a double-stop perfectly in tune. It creates a soft, bell-like vibration that resonates quietly at an interval below the notes being played. Sometimes it is called the ‘difference tone’ because its pitch reflects the difference in frequency – measured in hertz (Hz) – between the two pitches of a double-stop.

Most of my examples are in the treble clef, because Tartini tones are easier to hear when you play in a higher register. Be patient and try to sustain the notes at forte or fortissimo, with a fast, legato bow. To begin, listen for the Tartini tone when you play double-stopped 5ths, as shown in exercise 1. Make sure that your strings are perfectly in tune before you start! Now play the double-stops in exercise 2, using a harmonic A each time – this should be your reference note. If you need to adjust your tuning, adjust only the bottom note of each double-stop.

You can hear these being played in the videos below – use headphones to hear the Tartini tones clearly. Then try the same again, one octave above what is written.

To see the full article with further exercises and repertoire examples, download The Strad’s April 2018 issue on desktop computer or via the The Strad App, or buy the print edition