Opera is key to string playing 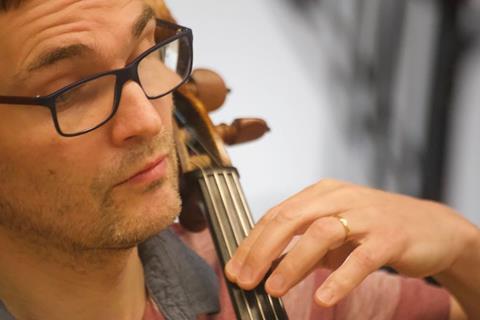 In every music conservatoire canteen there is a table – quite loud, always well populated – where hungry string players, trays of food in hand, never settle.  It is the singers’ table, or rather the ‘singers only’ table, and its happy isolation is a symbolic reminder that modern string playing is in danger of losing touch with a source of inspiration long considered vital to its tradition – opera.

Daily doses of opera were taken for granted by the top 18th/19th century string virtuosi, who were either working in opera pits to boost their incomes or closely associated with opera in other ways.  Nicolo Paganini conducted a Rossini opera; Louis Spohr composed ten operas; Giovanni Battista Viotti was musical director of French and Italian opera companies in Paris and London. Cellists too - Bernhard Romberg composed six operas, David Popper was solo-cellist in the Vienna State Opera, and Alfredo Piatti (volume two of whose Operatic Fantasies is released on Meridian this month) became principal cellist of the Royal Italian Opera, Covent Garden, alongside Giovanni Bottesini as principal double bass, himself a composer of thirteen operas.

Such coupling of string and opera wasn’t only professional – violinist Charles de Bériot married the most famous opera singer of the day, Maria Malibran, and Paganini’s beloved son Achille was the fruit of his long-term relationship with singer Antonia Bianchi.

With opera in their bones, these string virtuosi inevitably oozed bel canto sophistication. This we know not just through contemporary reviews – ‘Signor Piatti had obviously formed his cantabile playing on that of the singers of his own country’ (Athenaeum, 1844) – but also from their compositions and especially their Methods.  Romberg, in his Violoncell Schule, went so far as to add lyrics to his phrasing marks:

And de Bériot, whose Méthode de Violon devotes itself to ‘imitating the accents of the human voice’ uses operatic arias with their text to help instruct on the conduct of the bow:

By including operatic excerpts and text in their studies those teachers were reminding their students that expression is not just about tone and articulation – it carries narrative intention and spirit, allowing for example the slow movement of a violin sonata to become an aria of despair, or interplay between violin and woodwind in a concerto finale to become a duet of reconciliation.

It’s probably safe to assume that even the composers whose Methods did not make operatic connections explicit still had such ‘voices in their head’ as they played and taught their exercises – to take just one example remember that Otakar Ševčík, composer of countless violin studies published from 1881 onwards, was Concertmaster of opera orchestras in both Prague and Vienna.

Crystal clear from these Methods and newspaper reviews is that string virtuosi did not confine operatic style to the opera house.  Such playing was adopted across all genres, meaning opera was at the heart of all expression on a string instrument.

Audiences too would have been listening to string players with operatic ears.  It’s difficult to imagine that a European public, feasting one night on the ‘Puritani quartet’ of Grisi, Rubini, Tamburini and Lablache, would somehow change their stylistic expectations to listen to a Beethoven string quartet played by Ernst, Joachim, Wieniaswki and Piatti.

Not to claim, of course, that opera should be the sole source of musical inspiration for string players.  Creative influence comes in many other forms, most powerfully peer to peer or teacher to student.  The danger being that if those fellow string players aren’t themselves immersed in opera then that particular Muse is becoming ever more distant from our inventive imagination.

What to do about it?   Naturally route one is the opera house - it is (in normal times) open to all, at a great price for students if you get the right offers.  Until then?  Perhaps a resolution from string players that they match every click to watch a string performance on YouTube with another click to watch an opera excerpt; a further resolution that they read Opera magazines as well as String magazines. And a promise to give that singers’ table a go in the conservatoire canteen. Nothing to lose – and so much to gain.

His latest CD ‘Alfredo Piatti: The Operatic Fantasies, Volume Two’ is out on the Meridian label, available from Presto Classical: https://bit.ly/31xliwe