Jocelyn Pook on commemorating the children of Terezín through music

The composer shares the motivation and process behind her new album Drawing Life, inspired by the drawing and poetry of the children held in the Terezín Concentration Camp 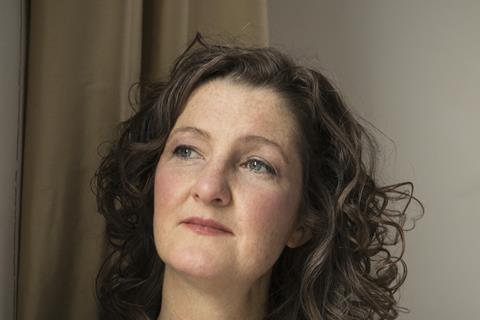 A few years ago, I was approached by the Jewish Music Institute to write an original song cycle to mark the 70th anniversary of the disintegration of the Terezín concentration camp. Terezín was a walled, 18th-century garrison town in former Czechoslovakia that was used as a transit camp for more than 150,000 Jews, most of whom were later sent on to one of the notorious death camps. Owing to the huge number of writers, artists, musicians and actors passing through, and despite the dire conditions, the camp became a hub of creative activity. As seen in the propaganda film made by the Nazis, the illusion of Terezín as a ‘model ghetto’ or even ‘spa town’ was one of the greatest deceptive ploys used by the Nazis during WW2.

Between 1941 and 1944, 15,000 children were interned there. The children were encouraged to be creative, partly as a kind of therapy and to give them hope. Many of their works of art and poetry, discovered after the war, have been collected in a book named after one of the poems by Pavel Friedmann, I Never Saw Another Butterfly.

The thing that struck me, reading the poems, is that they are often extraordinarily lucid, revealing a maturity beyond their years and containing a heightened sense of the joy of life, as well as deep sadness, as illustrated in this anonymous poem written at the camp in 1941:

When dewdrops sparkle in the grass
And earth’s aflood with morning light,
A blackbird sings upon a bush
To greet the dawning after night.
Then I know how fine it is to live.

Hey, try to open up your heart
To beauty; go to the woods someday
And weave a wreath of memory there.
Then if the tears obscure your way
You’ll know how wonderful it is to be alive.

The Jewish Music Institute asked if I would tell this story. I’d seen some of the children’s works in the Jewish Museum in Prague several years previously and they’d had a profound effect on me, so I accepted the commission without hesitation. The ensuing piece, which I named Drawing Life premiered at Kings Place in 2014, a touring production following two years later.

The story of the survival of the childrens’ poems and pictures is extraordinary in itself. Before being transported to Auschwitz, Austrian artist and educator Friedl Dicker- Brandeis, who had been giving secret lessons to the children in the camp and encouraging them to produce art, entrusted two suitcases full of their drawings (about 4,500) to an individual who enabled them to later reach the Jewish Museum in Prague.

There’s no doubt that Friedl Dicker-Brandeis intended for these works of art to reach our eyes and ears, that she wanted these stories to be told. But of the 15,000 children interned at Terezín, less than 150 survived. Dicker-Brandeis’ act has ensured we are still able to hear their voices.

This year, we mark 80 years since the establishment of the concentration camp in November 1941. Only a handful of those interned are still living, including Zdenka Fantlova, whose book The Tin Ring recalls her three years in Terezín; others have passed away since I began this project, notably the wonderfully enigmatic pianist Alice Herz-Sommer. And I am indebted to the late Dame Valerie Solti for her invaluable support in the project.

As we entered lockdown in March last year, I found my thoughts repeatedly returning to the children of Terezín. Suddenly, it felt like I was living through a shocking and overwhelming crisis that was beyond my control and that I barely understood. As I listened to the production we had recorded, I found myself relating to the children on a new level and reworking what I had written before, with newfound insight and understanding of the importance of continuing to create and the rehabilitating benefit it would provide.

Read The stolen instruments of the Third Reich

Read Could Mittenwald be sitting on a fortune in Nazi treasure

Drawing Life is my artistic response to the events at Terezín, as opposed to a documentary, but I wanted to keep a sense of reality and truth within the project. Beyond the words of the children of Terezín themselves, I used the recorded voices of survivors from Terezín as they recalled real events and gave personal accounts. Voices are always very rich material to work with – they bring so much context and experience, as well as stories and memories. The multiple textures of each voice create for me a kind of aural photograph, every one unique and imbued with experience, history and feeling. The melodies and rhythms of the voices inspired me, and at times drove the composition, and I wrote instrumental music echoing the voices.

I brought in sounds connected to their testimonies: rattling trains, whistles, barking… One survivor remembers asking her mother over and over: ‘Where are we going? Where are we going?’ on the train ride through the night to Terezín. It’s strange what children remember of situations they don’t yet understand themselves, especially all these years later. As adults, we still struggle to make sense of the craziness of it all. But what she recalls is something we can all recognise. It’s that child in the back seat of a car who keeps asking ‘are we nearly there yet?’

When Drawing Life originated on stage, we had two soloists – Melanie Pappenheim and Lorin Sklamberg – portraying two unnamed main characters, acting out some of the survivors’ testimonies. We added diary entries, photos, drawings, videos – by Dragan Aleksić – and poems running alongside the music. Nonetheless, listening back to the new album, I realised that hearing the voices within the framework of the music without the support of the visuals remains as visceral, as suffocating, as exhilarating. Although many people know me primarily as a film composer, my music accompanying image on screen, it has been a joy to find that here, my testament to the children of Terezín still tells their stories as profoundly as it did before.

What shines through in the children’s works, and also in many survivors’ testimonies, is the capacity to find hope, courage and beauty in the bleakest of circumstances. It extols the human ability to find ways to nourish and strengthen the spirit even in the harshest conditions, against all odds. This piece is, I hope, reflective without being devoid of light.

Drawing Life is out on 16 June 2021, marking 80 years after the establishment of the concentration camp at Terezín in 1941