How harmonics and singing can help to build a sound technique 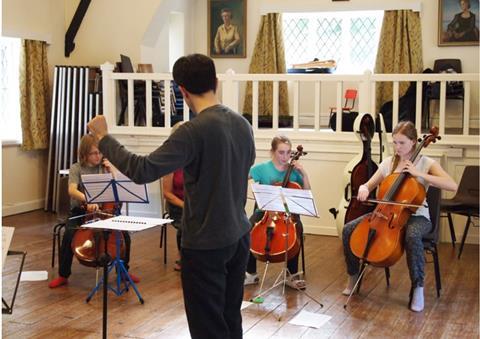 A class at the Colourstrings Music School in London 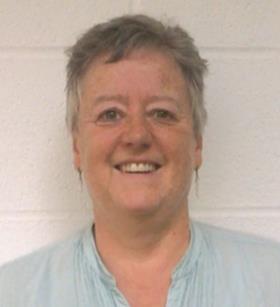 When did you start using the Colourstrings teaching method?

I became involved with the approach nearly 20 years ago, after going to a seminar on the Kodály method. The children there sang multi-part music accurately without accompaniment, and I was riveted. Colourstrings stems from principles introduced into teaching by Kodály, so I went on some Colourstrings training courses and introduced the approach into my violin and viola teaching. My pupils range in age from 6 to 17. Even if they have begun with a different method, I can use many of the ideas and techniques to help them with any issues they may have.

Why is it good for children?

It familiarises them with music using colourful symbols and pictures – each string is symbolised by a different character and colour, holding their attention and encouraging them to use their imagination. Initially each string is portrayed without the conventional five-line stave, so the two- to five-note Colourstrings tunes can be played on any string.

This simplified form of reading gradually builds up so that students’ reading is well developed by the time they move on to the five-line stave. Individual tuition is complemented by group sessions and chamber music from the outset. Students are also encouraged to write down rhythmic notations, to compose, transpose and improvise, and to phrase musically. It’s fun and not a stuffy way of learning, and it’s easy to read and understand the exercises.

How do you teach difficult rhythms?

Colourstrings kindergarten training quickly teaches pupils the difference between pulse and rhythm. If pupils come across a new, awkward rhythm, I get them to walk to the music’s pulse and to clap the rhythm. Next I ask them to walk to the pulse and play the rhythm. They play all their exercises at different speeds and with varying dynamics to prepare them for the more advanced pieces that come later.

How do you begin left-hand work?

Read: Ask the Experts: how to deal with a young problem pupil

Why do students have to sing the notes?

It is easier for a student to correct an out-of-tune note if they have heard the right note in their head first – they can hear that the note they’ve played is different and adjust their finger position. This is excellent aural training and teaches the importance of listening to tuning and to the sound they produce with the bow.

If a child finds a passage difficult to play in tune – for instance something in B major – I’ll take them back to the simple melodies they learnt at the beginning. They know how those tunes sound and can play them in the difficult key, which helps them to tune the relevant passage.

What are the advantages of teaching harmonics so early on?

Some children grip the neck of the violin when they are in first position. Playing octave harmonic exercises helps because they have to relax to move up and down the fingerboard. In first position, natural harmonics teach children to hold their left hands in an optimal, relaxed position conducive to perfect intonation – the fingers have to touch the string lightly and sensitively, and the notes will not ring if the position is incorrect. I stick stars on the fingerboard to help. Moving around the violin using natural harmonics in the octave and first positions helps to build technical foundations for future position work and vibrato – the hand has to be very relaxed to complete the exercises successfully.

Harmonics also benefit bowing: the bow movement has to be free and straight to ensure that the harmonics speak clearly. Using techniques such as octave harmonics and left-hand pizzicato at an early stage means that students are not fazed when they come to study them later. Children quickly learn to focus on doing several things at once or in rapid succession, which is excellent training for the multitasking they will have to do in their future playing.

Read: Using harmonics as a violin teaching and practice tool