Using harmonics as a violin teaching and practice tool

Although harmonics are most often used for musical effect, in the search for a perfectly pure sound they can be a wonderful aid to learning and practice, argues Laura Reed 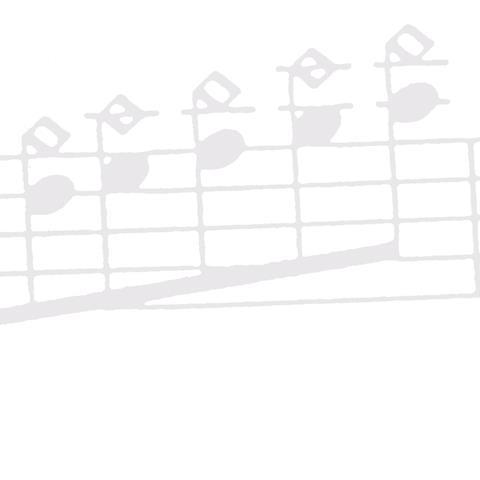 ‘In the technique of violin playing few areas are as unclear as that of harmonics,’ wrote violinist and composer Paul Zukofsky.

Whether because of confusing notation or an unfounded fear of having to understand advanced physics, many musicians and teachers shy away from the study of harmonics when, in fact, their regular practice can lead to new levels of precision in playing.

Ivan Galamian believed that: ‘Harmonics are as much a bowing problem as a left hand problem’. Beginner students, especially, can be encouraged to use more bow when playing natural harmonics. They should listen for a clear, flutelike, pure tone that will be achieved best when the bow hair is flat on the string and the contact point is closer to the bridge. Students will naturally discover these principles if they are focused on the tone they produce.

The beginner’s method book 'Artistry in Strings' capitalises on the use of natural harmonics from the start of instruction, not only to help with tone production, but also as the means of placing the left hand on the fingerboard for the first time.

According to co-author Gerald Fischbach, natural harmonics should be used as the first left-hand finger placement activity because the left hand tends to assume a beautiful shape naturally.

That is, the fingers are in a completely relaxed position because students are not asked to press the string on to the fingerboard. Finger placement is also rather forgiving because the player does not have to hit an exact spot on the string in order to sound the note, although it does have to be accurate in order to ring purely.

Fischbach encourages string students to find first position by playing a fourth-position A harmonic on the A string with the third finger and sliding back to settle into the fingerboard on the note D ‘like an airplane touching down on the runway’. Using harmonics in habitual shifting motions from the very beginning ensures that students have a straight left wrist and a loose shoulder and thumb. If a student has a collapsed left wrist or ‘death grip’ with the left thumb, he or she will simply be unable to shift back and forth between first position and the harmonic.

In his book 'Violin', Yehudi Menuhin advocates the use of natural harmonics as part of a right-hand warm-up routine and in his ‘total co-ordination exercises’. Keeping the left fingers light and relaxed with a firm bow stroke requires an independence of the left and right hands that is indispensable, and a prerequisite to a more advanced technique.

Many teachers of intermediate students use harmonics to teach shifting by having students shoot their hand from first position up to a natural octave harmonic on various fingers. As noted above, a harmonic can sound even if the finger is not in exactly the right location on the fingerboard, providing early success.

Although the use of harmonics in exercises has great value in the development of left-hand technique, teachers and players should beware of inserting a harmonic into pieces solely to facilitate a passage. ‘Natural harmonics are often used in inappropriate places,’ warns Carl Flesch in 'The Art of Violin Playing'. ‘In Ševčík’s time the fourth and second positions were greatly feared. They were avoided, and instead of using the fourth position, one left the hand in third position and extending only the fourth finger into fourth position where it could easily and safely reach the natural harmonic.’

He goes on to describe the use of harmonics musically: ‘Not the least attention was given as to whether the particular note required the heightened expression which the natural harmonic can never provide… Its tone colour is characterised by an uninflected lack of expressiveness.’

According to Flesch there are four instances when harmonics can be used in repertory. ‘Where the musical meaning is one [of] chaste purity, or of arabesque-like, playful grace; where, in slow tempo, there is a particularly exposed note creating an especially acute danger of misjudgment by finger and hand, or an unprepared entrance; and finally where security and brilliance, and not expressiveness, are called for.'

Another drawback to inserting harmonics solely for ease of playing is the effect on intonation. Because of the overtone series and something called the ‘Pythagorean comma’, harmonics that occur at nodes of ratios 6:7, 7:8 and higher – and here we are getting into advanced physics – will sound quite flat.

Of course, many solo, chamber and orchestral works call for both natural and artificial harmonics. One of the first composers to explore harmonic vocabularies thoroughly was L’abbé le fils. He composed a Minuet for violin in around 1763 that is written entirely of harmonics. But not until Paganini hit the scene in the first half of the 19th century did artificial harmonics become part of conventional violin technique. Their use by composers since the time of Ravel has become so commonplace that performers simply cannot avoid them if they wish to play music written in more modern times.

Unlike natural harmonics, artificial harmonics are not recommended for beginners. Artificial harmonics are produced by shortening the string to the desired fundamental with the first finger while the third or fourth finger touches the string lightly at various intervals above it. The third or fourth fingers often must stretch or straighten in order to produce the desired effect – not a good habit for children to get into.

Source after source suggests that in executing artificial harmonics the first finger must be pressed quite hard in order to produce a good sound. But this is a myth, says Simon Fischer, author of 'Basics: 300 Exercises and Practice Routines for the Violin'. ‘It is extraordinary how many players continue to believe that to play an artificial harmonic you should stop the lower finger as hard as possible. This is simply not true. Although the lower finger in artificial harmonics must stop the string more than the upper finger, the pressure can still be very little – often barely enough to bend the string down towards the fingerboard.’

Fischer’s book, 'Practice: 250 Step-by-Step Practice Methods for the Violin', contains a section on playing artificial harmonics. He suggests practising only the lower finger, the finger stopping the string just enough to sound the note. ‘While doing so, keep the upper finger just above its note – a hair’s breadth away from the string – so that the hand position is the same as when you play the passage properly.’ As an alternative practice method he suggests: ‘You can also play only the upper note, ie stop the string sufficiently with the upper finger that it produces a note instead of a harmonic. Meanwhile you keep the lower finger down on the string as normal, a perfect fourth below the upper finger. Afterwards, playing the harmonic normally may immediately feel much more stable and secure.’

Although the notation of harmonics can sometimes be very confusing, the benefits of tackling this technique are clear. As Heller wrote: ‘One cannot look upon the study of harmonics as a waste of time. It is of the utmost value for the left hand, the bow arm and the ear of the player.’

Read The Strad's 5 views on playing the perfect harmonic