5 views on playing the perfect harmonic

Learning how to do harmonics properly is invaluable to a player’s left hand, bow arm and intonation – as the following tips from The Strad's archive demonstrate. 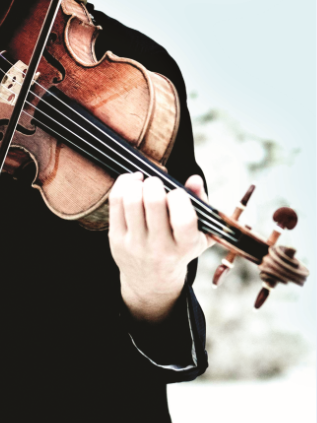 Although harmonics are most often used for musical effect, in the search for a perfectly pure sound they can be a wonderful teaching and practice tool.

The procedure for shifting to a clear, ringing harmonic involves three crucial steps:

1.    The finger must be on the harmonic before the bow moves to play it.

2.    The bow should move very fast, to throw the harmonic out with power and brilliance.

3.    While playing the harmonic, lift the finger slightly from the string so that the harmonic rings.

1.    Accelerate the speed of bow slightly throughout the harmonic. The sound of the harmonic will immediately break if the bow speed decreases.

2.    Move slightly closer to the bridge throughout the harmonic. The harmonic will break if the bow moves even a fraction away from the bridge.

It is a law of nature that a string in vibrating will divide itself into aliquot parts, i.e. it divides into sections – two halves, three thirds, four quarters, five fifths etc.  The place of division of each section being called a ‘node’ or point of rest, and if a string on a violin or similar instrument is lightly touched with the finger at one of these points it will divide into sections when set into vibration by the bow. The frequency of vibration of the note produced being an exact multiple of the open string.

To play harmonics well, the student must learn how to draw tone out of the instrument. The drawing of clear harmonics requires a refined adjustment of the bow arm with a sort of ‘pressed-draw’ as the tone is pulled out of the instrument. The student must strive for a large sound, with the bow clinging to the string. Unlike natural harmonics, artificial harmonics are not recommended for beginners. They are produced by shortening the string to the desired fundamental with the first finger, while the third or fourth finger touches the string lightly at various intervals above it. The third or fourth finger often must stretch or straighten in order to produce the desired effect -not a good habit for beginners to get into.

It is extraordinary how many players continue to believe that to play an artificial harmonic you should stop the lower finger as hard as possible. This is simply not true. The pressure can still be very little-often barely enough to ‘bend’ the string down towards the fingerboard.  In terms of practising harmonics; practise only the lower finger, the finger stopping the string, just enough to sound the note. While doing so, keep the upper finger just above its note - a hair’s breadth away from the sting - so that the hand position is the same as when you play the passage properly.