Breathing naturally is one of the first principles of Alexander teaching - and it's a must for anyone who suffers from stage fright, says Joseph Sanders 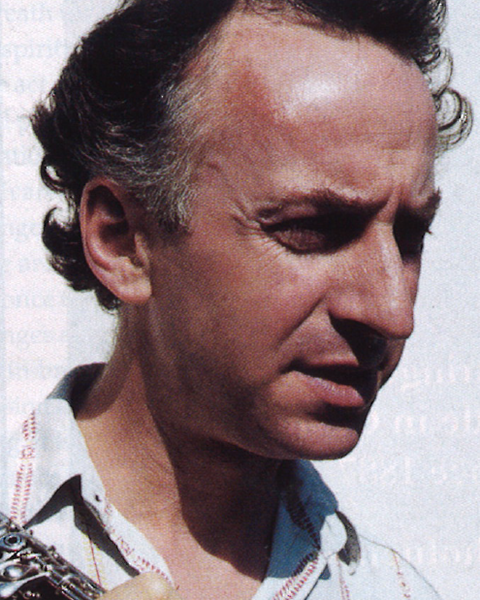 These days most musicians have some knowledge of the Alexander Technique. Many have had Alexander lessons at school or college, or have at least heard about it from friends or teachers.

When people first began to hear about Frederick Matthias Alexander in Australia in the late 1890s he was known as the 'breathing man', famed for the effortless resonance of his voice. He was also an amateur violinist. Initially, it was mostly actors, public speakers and patients with respiratory problems (especially TB) who got to hear about him.

In 1904, however, convinced of the potential for broadening the application of his work beyond breathing, Alexander moved to London and taught there for the next 50 years. He never ceased to make practical use of the procedures that in Australia had so dramatically cured the breathing difficulties with which he had been beset from birth.

Since good breathing is essential for healthy living, can there be good string playing without it? You could say it is this question - of whether we can do anything well without good breathing - that initiated Alexander's life's work.

But what is good breathing? From the Alexander perspective it is what takes place when we do not interfere. It is natural breathing, automatic breathing. Yet some musicians feel almost unable to play without holding their breath to some degree.

Though the brain must be crying out for oxygen and the blood desperate to unload its excess carbon dioxide, we carry on playing, oblivious to these vital signals, too busy even to allow our bodies to breathe. Is it not a sad paradox that we can concentrate so hard on listening that we become deaf to our primary inner needs?

Many of us cannot resist forcing our breath in some way to fit round our music making - not to say our lifestyles. For example, some like to suck or sniff in a noisy 'deep' breath as they lift the bow and prepare to play; others force their breath to follow the phrase structure, while some just hold it. We all have our personal favourites, but a century of practical Alexander work has made it clear that all these styles involve some unnecessary archinalg of the spine and harmful bracing in the head/neck and hip/leg joints. Inevitably, this reduces the amount of torso support available to our arms, which then become unnaturally heavy and stiff.

Looking briefly at the anatomy we see that the arms emerge out of the breathing structures, so any major breath disturbance will be transmitted directly to our arms and hands. This is disastrous for string players, who are forced to compensate for their heavy arms by over-stiffening their shoulders. It is a vicious circle, but learning to understand and observe our breath can be a useful step on the road that leads out of it.

Read: Natural playing on violin and viola, inspired by the Alexander Technique

Forget for a few moments that you are a musician and acknowledge that you are above all a human being. This change of perspective may help you to realise that your lungs are more precious even than your beautiful instrument! Now step back and politely ask your breath what it wants to do. Don't be surprised when it says it wants only to be left alone, to keep breathing out and in, out and in, out and in. And don't be afraid to take it at its word.

When you next pick up your instrument, promise to let your body breathe. Maybe you will be breathing out as you play, maybe breathing in: who knows? And perhaps your body will need to breathe out and in several times during a phrase: who can say? Let your body do what it wants. At all costs, you must always conceal from your innocent lungs the fact that you are playing an instrument. Nothing need disturb the natural ongoing tidal flow of your breath.

When you have thought about this have a look at yourself playing your instrument in a mirror. Are you breathing through your nose as nature intended or through your mouth? Ask your family or friends for feedback - or maybe your enemies: they tend to be more frank. After a little experimentation video yourself and be honest about what you see. How's that promise shaping up?

Contrary to most popular notions, the out-breath is the active part of the breathing cycle, not the in-breath. If you doubt me ask a physiologist. On second thoughts, don't: unfortunately, they often describe habitual use of the breathing mechanisms which in this particular respect is usually the opposite of good use.

As we breathe out we actively contract our lung space and expel the air from inside, which then flows up and out through the windpipe. When the out-breath is finished a partial vacuum is created inside the lungs, and simply letting go will now permit atmospheric pressure to rush in and refill us with oxygen. This is called elastic recoil. Learn to trust and enjoy it! Set in motion by the partial vacuum, the passive in-breath just does itself.

For this reason Alexander was always opposed to so-called deep breathing exercises. The mechanisms are not really designed for them because - among other things - taking deep breaths involves sucking in large amounts of air in flagrant disregard for the chemical signals from the bloodstream. To deepen your breathing naturally all you need do is something energetic like walking briskly, swimming, laughing at a good joke or indeed playing a string instrument. If you can resist interfering your lungs will respond appropriately and spontaneously to the genuine internal need.

Nature has balanced the breathing system so exquisitely that it is fully equipped to take charge of the whole breathing cycle by itself. Unfortunately, we do not believe this. Many of us have lost our easy childish self-trust. Out of self-doubt we force ourselves to breathe in, mistakenly believing this will give us the air we feel we lack. We find it impossible to believe that our brain, blood and lungs can cope perfectly well without deliberate intervention.

Letting the in-breath happen by itself without any extra topping up is crucial to undoing the pattern of general stiffening we do out of fear. Since sucking in air is a key component of the classic fear response/ any work we do to weaken the universal and obsessive habit of 'doing' in-breaths - whether Alexander or otherwise - weakens the grip of fear. We can then begin to experience genuine composure. Moreover, we come to value our out-breath as a powerful ally in undoing the harmful side effects of stage fright such as bow shake.

In a proverbial nutshell, avoid 'doing' in-breaths and never let playing interrupt the natural tidal rhythms of your breath. Why let that Strad get the better of you?

This article was first published in The Strad's June 2002 issue.

Read: Musicians and exercise: Can a keep fit regime make you a better string player?