Having the space to breathe is important in more ways than one, says the Swiss cellist 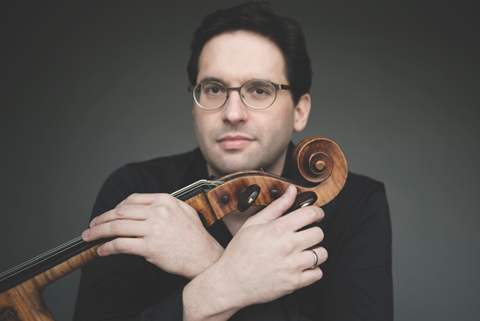 There are good and bad things about the speed the world moves at today. On the one hand, we didn’t have the internet when I was a student, so we didn’t have access to YouTube videos of people like Pierre Fournier and Emanuel Feuermann. You can now watch and learn from these so easily and I would probably have become addicted if we had them at the time.

On the other, we expect people to get things done so much more quickly. It probably makes me sound like a dinosaur, but there’s so much pressure now to create a name, an image and a story for yourself in an incredibly limited period of time. Every few weeks, big labels sign new players and drop old ones who haven’t made them money with their first couple of discs – even the most talented young people are busy trying to get the most followers on social media. No matter how good someone is, you can hear in their playing and see in their body language whether they’re on stage to impress someone, rather than serving the music first.

I’m very lucky not to find myself in this situation. For example, I’ve been talking with my label about recording the Beethoven sonatas for maybe seven years, but I still haven’t done it. That’s a real luxury nowadays – I can wait until something is truly ready rather than feeling pressure to get it done in a short space of time.

I took up the cello because I heard another boy playing it and fell in love  with the sound. His teacher, who soon also became mine, was Nancy Chumachenco, who had moved from the US to Switzerland with her husband, the violinist Nicolas Chumachenco. She studied at the Curtis Institute with Leonard Rose and came to Zurich with a very non-provincial approach. Nancy expected a lot right from day one, and if you were a talented student she would go full steam ahead, not for just 30 or 60 minutes a week but a whole lot more. There was chamber music, too, and every year she would organise a summer school with students from other countries. Meeting kids from places like South Africa, Finland and the US as a twelve-year-old was so exciting, and it gave us a network of friends and colleagues to draw on as we got older. Not many people are lucky enough to be guided by someone like Nancy from the first time they pick up their instrument.

I met Isaac Stern when I was about twelve years old and sat next to him at a dinner after I had played a short piece in a charity concert. We didn’t have much in the way of a conversation but I recall him telling me to listen to good singers and copy what they did. I don’t know if the reason I remember this is because of who he was or what he said, but I do know that he was right. If you teach a child to sing a tune they’ll never give it the wrong shape or put the emphasis in the wrong place. Just breathing right makes your playing so much more natural and free.