To tie in with his new recording, the violinist explains why he was so terrified at the prospect of playing Bartók’s Solo Violin Sonata 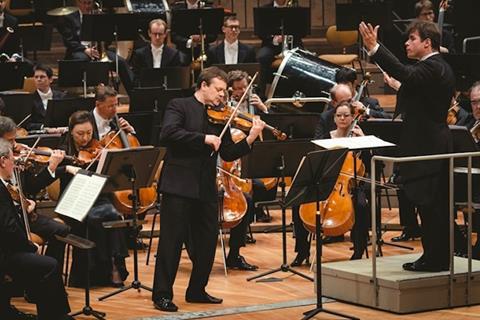 The following is an extract from an article in The Strad’s November 2020 issue in which Frank Peter Zimmermann talks about recording works by Martinů and Bartók, two immigrants to the US in the wake of the Second World War. To read in full, click here to subscribe and login. The November 2020 digital magazine and print edition are on sale now.

Martinů arrived in New York six months after Béla Bartók, who at last had felt able to leave Hungary for good following the death of his mother at the end of 1939. But while the roads of Martinů’s American dream appear to have been paved with gold, Bartók exchanged celebrity in Europe for hardship in the US. ‘He was suffering from the blood disorder that would eventually kill him,’ Zimmermann says, ‘but he didn’t have the money to pay the American doctors. Yehudi Menuhin came to New York in 1944 and gave several successful performances of Bartók’s Violin Sonata no.1. After that, I think Menuhin wanted to help him financially, and so he commissioned him to write the Solo Violin Sonata.’

The work follows Martinů’s concertos on Zimmermann’s new recording, and was inspired by the form of Bach’s Solo Violin Sonata no.3, which Bartók heard Menuhin perform on the same US tour. ‘I was too scared to touch it until recently,’ says Zimmermann, who has more than 50 discs to his name, including recordings of some of the most challenging music in the repertoire. ‘It’s the greatest solo violin work written in the 20th century,’ he continues, ‘but it’s also the kind of thing that requires you to invest a couple of hundred hours to get anywhere close, from a technical perspective, to a decent performance. Bartók knew the violin very well but I get the feeling he wrote the Solo Sonata at the piano, as it absolutely reaches the outer edge of what is possible.’

According to Zimmermann, the Solo Sonata is so difficult that a technically perfect performance is not always possible. ‘You never know!’ he says. ‘Maybe you’ll start out just a fraction too fast, lose control and end up on a runaway train. On the other hand, a performance like that is only going to increase the level of excitement in the hall. Bringing across that kind of drama is always a challenge on a recording, though. Whether or not you’re playing live, you need to keep a cool head without losing the fire – the peppercorn that makes the Hungarian sound. If you listen to a great Hungarian player, someone like Joseph Szigeti, that’s exactly what they do.’