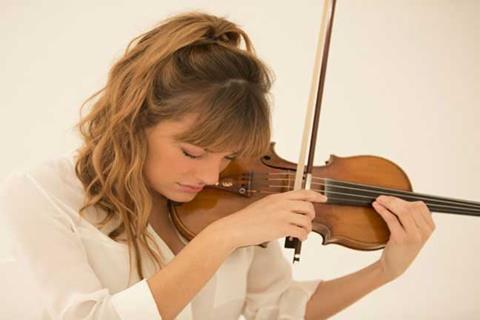 Nicola Benedetti's success from a young age has made her one of the most high-profile violinists in the world today. Born to a half-Scottish, half-Italian mother and an Italian father, Benedetti was brought up in West Kilbride, Scotland. She started the violin aged five and received instruction from Natasha Boyarskaya at the Yehudi Menuhin school from the age of ten. Benedetti's name first caught the headlines when she won BBC Young Musician of the Year at the age of 16. Although she has spoken since of the added pressure of achieving stardom at such a young age, Benedetti has proved more than capable of fulfilling her potential. She has collaborated with many of the world's most reputable orchestras including the Royal Scottish National Orchestra, National Arts Centre Orchestra Ottawa and the London Symphony Orchestra but says she is still most at home performing at the Glasgow Concert Hall, playing Romantic repertoire. Benedetti is also committed to educational activities and works with the charity Sistema Scotland, which brings music to children from underprivileged backgrounds. In 2013 Nicola was awarded an MBE in recognition of her international music career and work with musical charities throughout the U.K. She plays on the 1717, 'Gariel' Stradivarius.