The older brother of Pekka Kuusisto succumbed to a brain tumour, aged 48 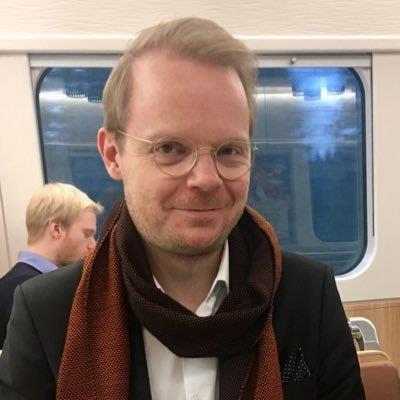 Finnish musician Jaakko Kuusisto died on 23 February, 2022. Diagnosed with a brain tumour in the summer of 2020, his condition deteriorated earlier this year and he was hospitalised.

Kuusisto was born on 17 January 1974 to a musical family; both his grandfather, Taneli Kuusisto, and his father, Ilkka Kuusisto, working as composers. He and his younger brother Pekka began playing the violin at a young age, enjoying national success. Kuusisto won joint first prize at the 1989 Kuopio Violin Competition and was a finalist at the International Sibelius Violin Competition in 1990.

The family relocated to the United States in the early 1990s to enable the boys to study at the Jacobs School of Music, Indiana University Bloomington, where they studied with Miriam Fried. On a visit to Finland in 1998, Fried said of the siblings, ’Pekka plays more instinctively, while Jaakko is more intellectual and exploratory.’

Kuusisto was a finalist at the 1997 Queen Elisabeth Competition, after which the conductor Osmo Vänskä, offered him the job as concertmaster of the Lahti Symphony Orchestra. He remained in the role until 2012, performing often as a soloist with the ensemble, as well as leading the orchestra in several recordings. His recording output includes Uljas Pulkkis’ Enchanted Garden Violin Concerto with Susanna Mälk and the Stavanger Symphony Orchestra, as well as Bach’s Violin Concertos with his brother Pekka and the Tapiola Sinfonietta. He also recorded Sibelius’ early chamber works with pianist Folke Gräsbeck.

As a conductor, Kuusisto worked with the Oulu Symphony from 2005 to 2009. He was the chief conductor of the Kuopio City Orchestra from 2018. He composed over 40 works, including his own operas which he conducted at the Savonlinna Opera Festival, the Finnish National Opera and the Ilmajoki Music Festival. His most recent opera Jää premiered in 2019 and was later revised for smaller forces due to the pandemic. Kuusisto was also artistic director of the Tuusulanjärvi Chamber Music Festival with his brother from 1999 to 2006 and at the Oulu Music Festival from 2013 to 2021.

A man of varied interests, he also worked as a local politician, having been elected to the municipal council representing the Green party in 2021. With his wife Maija Kuusisto, together they established a boat taxi service in Savonlinna, where they transported guests attending the Savonlinna Opera Festival, while educating the passangers on the opera they were about to see.

He is survived by his wife and two children from a previous marriage.