The 17-year-old violinist played music by Ysaÿe, Debussy/Heifetz and Hubay in the category finals, recorded in December 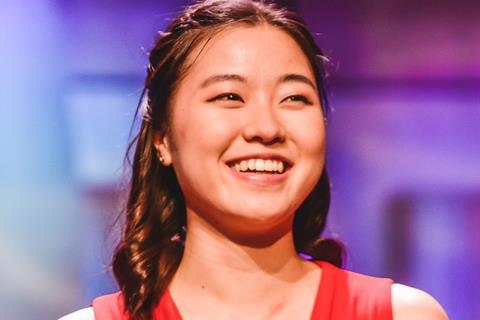 Coco Tomita has won the string category finals of the BBC Young Musician of the Year 2020 competition. The 17-year-old violinist will progress through to the semi-final of the competition where she will be up against percussionist Fang Zhang, pianist Thomas Luke, oboist Ewan Millar and French horn player Annemarie Federle.

Tomita performed music by Ysaÿe, Debussy/Heifetz and Hubay in the category finals, recorded in December at the Royal Welsh College of Music and Drama in Cardiff.

The 17-year-old violinst was born in Japan and began to play the violin when she was four years old. She became a pupil of Natasha Boyarsky when she was six, and in 2012 she was awarded a place at the Yehudi Menuhin School where she has continued to study with Boyarsky.

In 2010, at the age of eight, Coco became the youngest contestant to win Third Prize in the Junior section of the Andrea Postacchini International Violin Competition in Fermo, Italy. Two years later, she made her debut appearance at the Cadogan Hall, London performing as a soloist with the Southbank Sinfonia.

The BBC Young Musician Semi-Final and Grand Final are currently scheduled for broadcast in the autumn, along with the Final of BBC Young Jazz Musician 2020 which will be staged as part of the EFG London Jazz Festival in November.