The South Korean violinist joins the roster for worldwide management 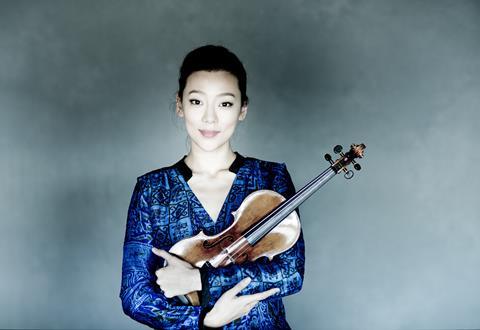 Intermusica has announced that it has recently signed South Korean violinist Clara-Jumi Kang.

Now based in Munich, Kang enjoyed her BBC Proms debut this year with the BBC National Orchestra of Wales and Ryan Bancroft, with whom she has also collaborated in performances with the City of Birmingham Symphony Orchestra and Royal Stockholm Philharmonic. She will be the soloist on an upcoming tour of South Korea with the Deutsche Kammerphilharmonie under Paavo Järvi. This season also includes appearances across Europe, and visits to Australia, Japan and Taiwan.

Kang’s cycle of the Beethoven Violin Sonatas with her regular partner, Sunwook Kim, released on Accentus, was nominated for an Opus Klassik Award 2022 (Instrumentalist of the Year). The duo have recently appeared together in Brussels and Luxembourg and will play in the Theatre de Champs Elysees, Paris together in a trio with Edgar Moreau in January 2023. An established chamber musician, Kang regularly visits chamber music festivals and collaborates with other renowned instrumentalists including Janine Jansen, Gidon Kremer and Misha Maisky.