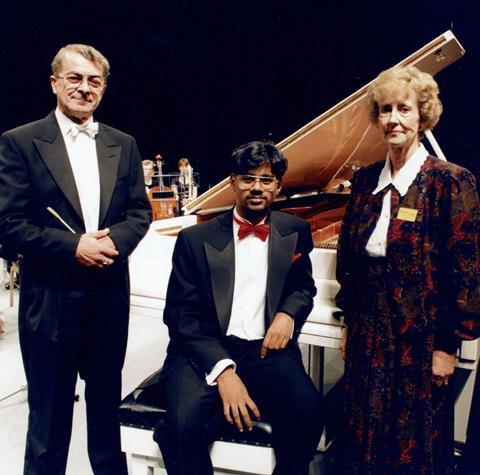 As a student, Giffifths was the first leader of the Midland Youth Orchestra, which was founded in Birmingham in 1956. He would later become concertmaster of the BBC Northern Symphony Orchestra (later the BBC Philharmonic), with whom he was the soloist in a 1975 recording of Richard Strauss’s Ein Heldenleben conducted by Kurt Sandling.

He was leader of the Royal Philharmonic Orchestra (RPO) from 1976 until 1989, when he took up the same position at English National Opera (ENO). A recording of Griffifths performing Vaughan Williams’s The Lark Ascending with the RPO and André Previn was released in 1987.

Griffiths was made an OBE in 2002 and retired from the ENO in 2004, after which he continued to be active as a conductor of youth orchestras, notably the London-based Lydian Orchestra.

He had eight children and 19 grandchildren.