Trepidation as music classes could be ‘suspended’ in English schools 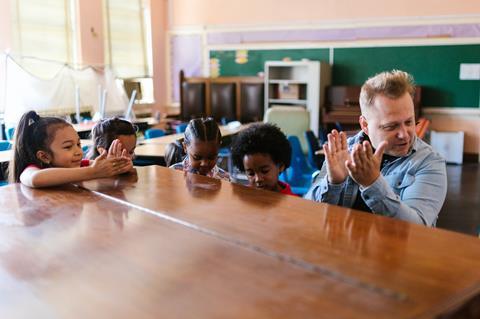 As schools reopen in England in the midst of the Omicron surge this week, head teachers could consider scrapping music classes to accommodate for the rising cases of Covid-19 affecting staff absences.

A proposal was seen as part of a ‘case study’ from the Department for Education (DfE), where the Office of Qualifications and Examinations Regulation (Ofqual) have suggested temporarily suspending specialist subjects, including music, PSHE (personal, social, health and economic education), and RSHE (relationships, sex and health education) This would be in order to free up staff to teach other subjects, covering staff absences and combining classes to keep more children in school.

The proposal has prompted backlash from Deborah Annetts, the chief executive of the Incorporated Society of Musicians (ISM). In a letter to The Times, she stated that the proposal suggested that music is ‘nice to have’ rather than an essential subject. ’Music is part of the national curriculum and as such it is required to be taught in our schools’

She continues, ’Music education has been disproportionally affected by the pandemic, often cancelled during home schooling in 2020, and has yet to return to pre-pandemic levels in some schools. Now is not the time for music, which drives the hugely successful creative industries worth £116 billion a year to the economy, to be dropped. Good ideas are needed to tackle the significant challenges facing schools, but denying students a broad and balanced curriculum is not one of them’

Highlighting the importance of music and performing arts on the mental health and wellbeing of students was the head master of Streatham & Clapham High School, Dr Millan Sachania, who said, ’Our youngsters cannot emerge from the pandemic in good spirits without engaging with music, literature and the creative and performing arts. As such, these subjects are the fount of mental health and the fruitful appreciation of the human condition’

On social media, the Musicians’ Union stated, ’We will advocate strongly against any suspension of music in schools.With pupils still catching up after last year’s lengthy school closures, this is no time to limit the curriculum by cutting statutory subjects like music’

Read: A-level music under threat of disappearing from schools by 2033