The violinist Irina Bochkova has died 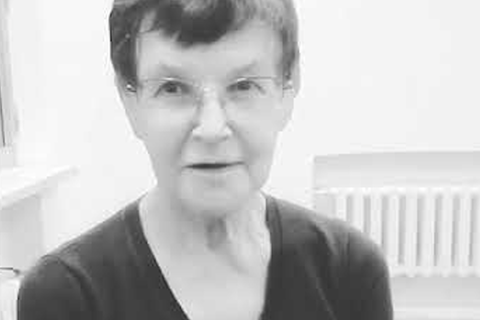 Irina Bochkova - the Russian violinist and professor of the Moscow State Conservatory P.I. Tchaikovsky - has died. She was 81.

Born in Ramensky (Moscow region), Bochkova studied with Yuri Yankelevich at Moscow’s Central Music School, graduating in 1957. After winning several competitions, including the All-Union Competition (1961) and the Jacques Thibault Competition (1963), she began teaching at the Moscow Conservatory, first as an assistant in 1966, then progressing through the ranks of teacher, assistant professor and finally professor. In 2007, she was appointed head of the violin department.

She also sat on the jury of numerous competitions, including the Tchaikovsky, Sendai, Diaghilev and Jacques Thibault.

From 1962, Irina Bochkova regularly performed as a soloist with the Moscow State Academic Philharmonic, touring several countries and working with - amongst other conductors - Kirill Kondrashin, Yuri Temirkanov, Mariss Jansons and Alexander Vedernikov.

From 1981 she combined her duties at the Music College at the Moscow State Conservatory, with a teaching role at the Central Music School. In 2015, she was appointed head of the violin department at the N.G. Zhiganov Kazan State Conservatory.