Strings at the BBC Proms: our pick of the 2019 programme

What does the biggest classical music festival in the world offer in terms of string concertos and other highlights for Strad readers? 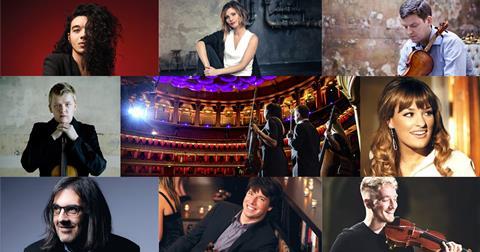 The 2019 season of the BBC Proms has been revealed today, with a total of over 90 concerts from Friday 19 July to Saturday 14 September.

The BBC notes that more than 100,000 tickets will be available for £15 or less, including 1,400 standing tickets per concert at £6. All concerts will also be broadcast on BBC Radio 3.

The string highlights of the season are:

(All concerts in the Royal Albert Hall unless otherwise indicated)

James Ehnes performsBenjamin Britten’s Violin Concerto with the combined orchestras of the Royal Academy of Music and the Julliard School conducted by Edward Gardner. The programme also features Stravinsky’s The Rite of Spring  and Metacosmos  by Anna Thorvaldsdottir.

The concert is preceded by a free Proms Plus talk by former Strad editor Ariane Todes on Prokofiev’s Violin Concerto no.2 and the Russian school of violin playing.