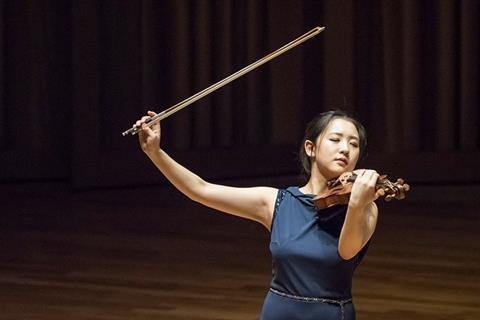 Anna Lee performs at the competition’s opening round

The Singapore International Violin Competition has announced its twelve semifinalists.

The competition, which began its first round on 28 January, will run its semi-final rounds from 1 to 3 February at the Yong Siew Toh Conservatory Concert Hall, the finals on 5 and 6 February at the Victoria Concert Hall, and end at the Esplanade Concert Hall for the grand final and awards ceremony with the Singapore Symphony Orchestra on 8 February. 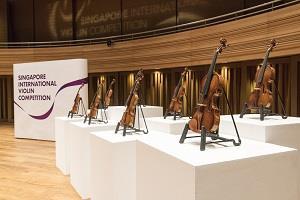 Instruments from the Rin Collection on display during the competition

All competition rounds are available to watch – and live streamed – at www.singaporeviolincompetition.com/live-stream