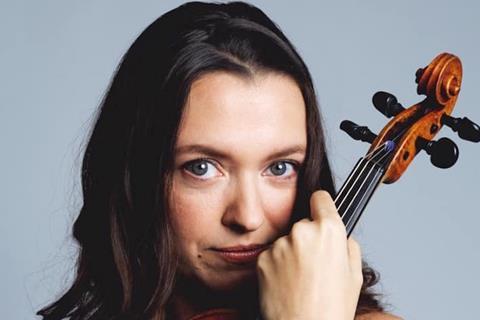 The Orchestra of St. Luke’s, in New York City, has announced the appointment of the American violist Katarzyna Bryla-Weiss, who has regularly freelanced with the ensemble over the last 7 seasons.

A graduate of the Peabody Institute of Music, Bryla-Weiss currently serves as a member of the New York City Ballet Orchestra and the New York Pops Orchestra.  She was a soloist with the Baltimore Chamber Orchestra in their tour of China in 2010, and has performed in music festivals including the Classical Tahoe, the Napa Valley Music Festival and Music@Menlo.