They will compete for the six places available in the final for a chance of winning a first prize worth CA$100,000 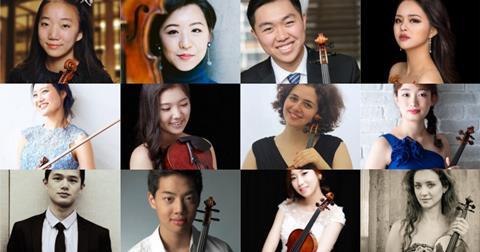 The Concours musical international de Montréal, which is this year devoted to the violin, concluded its first round yesterday at the Montreal Museum of Fine Arts’ Bourgie Hall.

It has announced twelve semi-finalists who will proceed to the next stage of the competition which takes place on 1 and 2 June. They will be vying for the six places in the finals on 4 and 5 June at the Maison symphonique with the Orchestre symphonique de Montréal.

A number of the candidates have placed highly in previous competitions, including Youjin Lee, Anna Lee, and Elli Choi.