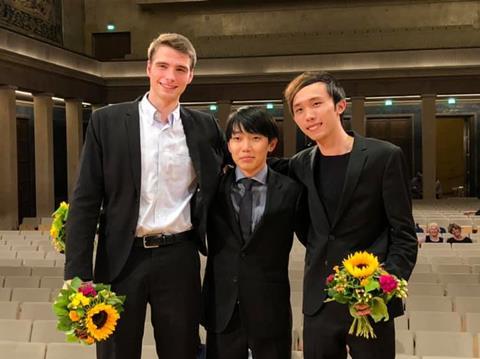 Second prize, along with the audience prize and prize for the best performance of the commissioned work, went to Friedrich Thiele from Germany. Sihao He from China took the third prize.

The 2019 ARD competition offered four categories: cello, clarinet, bassoon and percussion. In each category there is a first prize of €10,000, plus cash prizes for second and third place, a number of special prizes, and a host of paid performance opportunities. A total of 64 cellists were invited to the first round. 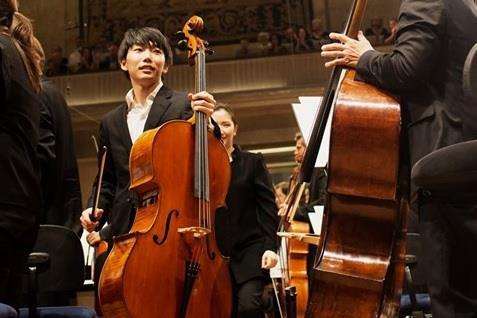 Haruma Sato on stage in the final with the Bavarian Radio Symphony Orchestra
Photo: Daniel Delang

For the final with the Bavarian Radio Symphony Orchestra conducted by Eun Sun Kim, the three finalists were asked to perform their choice of the Elgar, Schumann, Shostakovich no.2 and Martinů no.2 concertos.

Launched in 1952, the ARD Competition focuses each year on different instrumental categories, selected from 21 disciplines. It has helped to launch the careers of a number of leading musicians throughout the years, including Yuri Bashmet, Christian Tetzlaff, Antoine Tamestit, Jessye Norman, Mitsuko Uchida, Thomas Quasthoff and Heinz Holliger.

The previous cello winner was István Várdai in 2014.