The New-York-based luthier was an expert on bowed string instruments, particularly those of the Baroque period 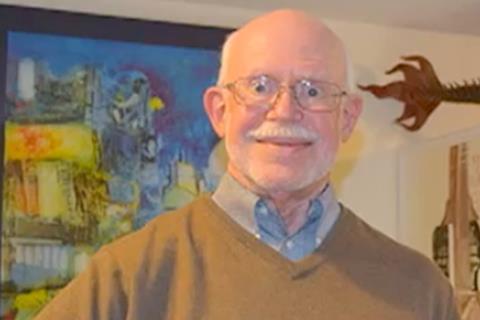 Well-known in the US, Monical was an expert on bowed string instruments, particularly those of the Baroque period, having worked with viol maker Dietrich Kessler - an important figure for those at the forefront of the early music movement - in London in the 1960s.

Monical owned a violin shop on Staten Island in New York City, to which violinists and Baroque players travelled from all over the world to have their instruments repaired and adjusted.

Many have paid tribute to Monical on social media, with John Moran - the American musician and musicologist specializing in historically informed performance - describing him as a ‘giant’ in his field.

Read: Baroque Set-up: In a Land without Rules

Read: Trade secrets: bending the slope on a viola da gamba back

In the following interview William Monical tells the story of a particular viola d’amore that came into his shop for repair and the unexpected stowaways he discovered inside. It is followed by a performance on the same viola d’amore by the Canadian musician Thomas Georgi.