Converting an instrument to Baroque set-up 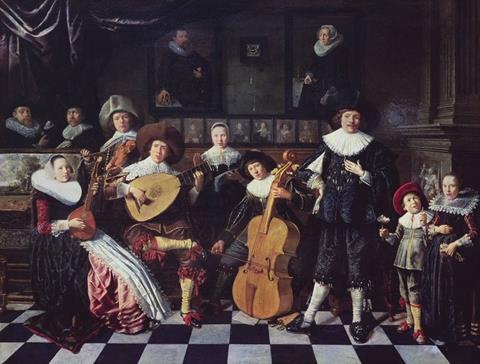 The following is an extract from the Baroque set-up feature in The Strad’s May 2020 issue. To read in full, click here to subscribe and login. The May 2020 digital magazine and print edition are on sale now.

Neck length is still a matter of debate. While there is evidence that violins of this era had shorter necks, there is also evidence that they did not. There were no set standards for what we generally use as a guide today. For example, there are two violins by Jacob Stainer (1668 and 1679) that still retain their original necks, and these measure 130mm – just like those of our modern violins. I set the neck length the same way I would set a modern neck length; there is no need for it to be shorter, given that many of today’s musicians go back and forth between modern and Baroque playing.

The same is true when deciding on the neck angle. The necks of some instruments, mostly earlier ones, were mounted at a 90-degree angle, but there is evidence, up to the fourth quarter of the 17th century, that neck angles varied between about 84 and 87 degrees. We tend to think that the angle was increased to favour more production of sound but it was more likely a result of string technology, as Roger Hargrave convincingly argued in the February and March 2013 issues of e Strad. There is no need for the neck angle to be set any differently from that of a modern violin.

Nor is there any standard measurement for the overstand, which can be up to 2mm. I try not to go over 2mm as it seems to be enough for most instruments. What needs to be kept in mind is that the neck must be set so that the fingerboard will clear the upper part of the table’s arching.

As regards the shape, it can almost be left in the hands of the player. When I worked for William Monical in New York, he had a good selection of Baroque violins with Baroque necks on hand. If a musician ever came in looking to get a new neck and didn’t have a shape in mind, Bill would let them play on a few instruments until they found one they liked. Then we’d just copy that neck. Nowadays I use templates copied from original necks of Jacob Stainer instruments. What matters is the final adjustments, when the musician comes in to play the instrument. If their thumb is sliding down the fingerboard or curling up towards the top, or if it feels uncomfortable in a certain place, that’s where a little wood needs to be removed with a file. Once you come to a finished shape, you can go back and finish the neck as normal.