Joseph H. Conyers and Rex Surany join the faculty from this spring semester 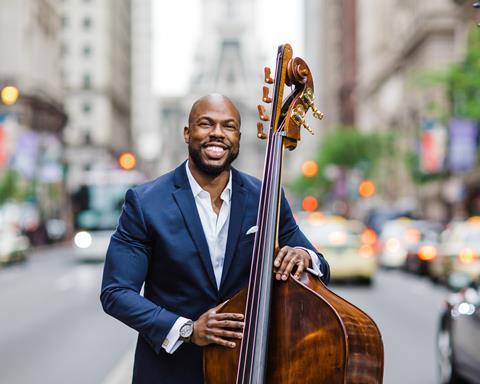 Appointed assistant principal bassist of the Philadelphia Orchestra in 2010 after tenures with the Atlanta Symphony, Santa Fe Opera, and Grand Rapids Symphony, where he was principal bass, Joseph H. Conyers is recognized for his artistic and social entrepreneurial endeavours. He is the music director of Philadelphia’s All City Orchestra, which showcases the top high school musicians of the School District of Philadelphia, and executive director of Project 440, an organization that helps young people use their interest in music to forge new pathways for themselves and ignite change in their communities. His awards include the Sphinx Organization’s Medal of Excellence (2019)—the organization’s most prestigious recognition.

Surany, who has been working alongside bassist Harold Robinson in a shared studio at Juilliard, is principal bassist of the Metropolitan Opera. In 2009, he was awarded second prize of the International Society of Double bassists Orchestral Competition, and, in 2011, he was the second prize-winner at the ISB Solo Competition. He has performed professionally with many orchestras including the Pittsburgh Symphony Orchestra, American Ballet Theatre, Philadelphia Orchestra, the Haddonfield Symphony, and the Classical Tahoe Orchestra. In addition, he has given recitals and master classes at the University of Southern California, Ithaca College, Curtis Institute, Brigham Young University, and Fort Lewis College.

‘We are absolutely thrilled that Joseph Conyers and Rex Surany will be joining the faculty to teach and mentor the next generation of bassists here at Juilliard,’ Provost and Dean Ara Guzelimian said. Both teachers are now accepting a roster of full-time students in the College Division.