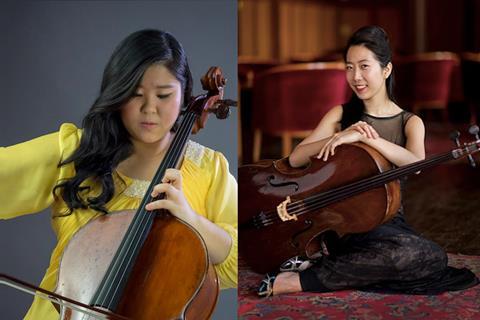 Following a final round in which three candidates performed a major cello concerto, the jury at the 2018 IsangYun International Cello Competition have decided to award two prizes: to 27-year-old Christine Jeong Hyoun Lee and 25-year-old Sang Eun Lee, both from South Korea. They will each receive KRW 30,000,000 (approximately USD $27,000) – plus a number of important debut opportunities.

Eun Lee, who studied at the Korean National University and the Curtis Institute of Music, is a former prize winner at the Young Concert Artists International Auditions, and the Emmanuel Feuermann and Johansen International Cello Competitions.

Held annually in Tongyeong, South Korea,  the competition is open to international cellists aged between 15 and 30.