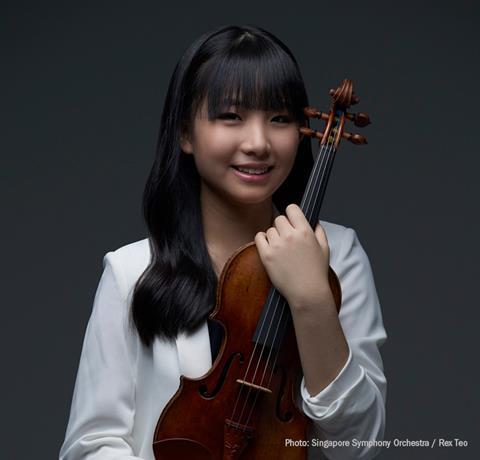 Announcing the first half of its upcoming season, the Singapore Symphony Orchestra (SSO) has named local violinist Chloe Chua as its artist-in-residence. Chua will work closely with the orchestra, performing in a several concerts throughout the year.

Highlights for Chua include performing Mozart Violin Concert no.5 in A major in the inaugural concerts with the orchestra’s new music director, Hans Graf. Chua will perform the concerto on Wednesday 27 July in a preview concert, which will be free for students at the Esplanade Concert Hall, followed by subscription concerts on the 28 and 29 July. Chua will also complete a 3-CD album of Mozart Violin works, accompanied by the SSO and Graf, as well as a recording of the Four Seasons.

Chua burst onto the world stage in 2018, after winning joint first prize at the Menuhin Competition junior division with Australian violinist Christian Li. She has appeared in videos with TwoSet Violin, as well as performing worldwide with the SSO, Xiamen Philharmonic Orchestra, Salzburg Chamber Soloists, Russian National Youth Orchestra, Kammerorchester Basel and the China Philharmonic Orchestra.

She currently plays on a 1729 Pietro Guarneri of Mantua violin, on loan from the Rin Collection.