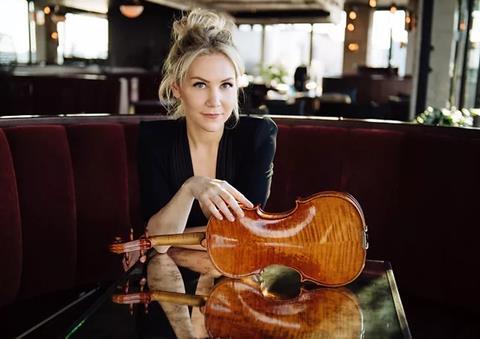 Chloé Kiffer will join the University of North Texas (UNT) College of Music faculty as assistant professor of violin. She currently teaches at the Manhattan School of Music’s violin and viola faculty precollege division, where she will continue to teach alongside her new role in Texas.

’UNT has an impressive programme with high-calibre faculty and students. Looking forward to teaching and performing in the Denton/Dallas area!’ Kiffer wrote on social media.

Kiffer is a graduate of the Conservatoire National Supérieur de Musique de Paris and earned postgraduate degrees from Manhattan School of Music under Patinka Kopec and Pinchas Zukerman. She also received a Doctor of Musical Arts degree from Stony Brook University and is a laureate of the Bleustein-Blanchet Foundation.

In 2019, she released an album of the Ravel Violin Sonatas on the Steinway & Sons label with pianist Alexandre Moutouzkine. She performs on a 2015 Samuel Zygmuntowicz violin.