The Brazilian wood will remain on Appendix II with modified wording, rather than being moved up to Appendix I 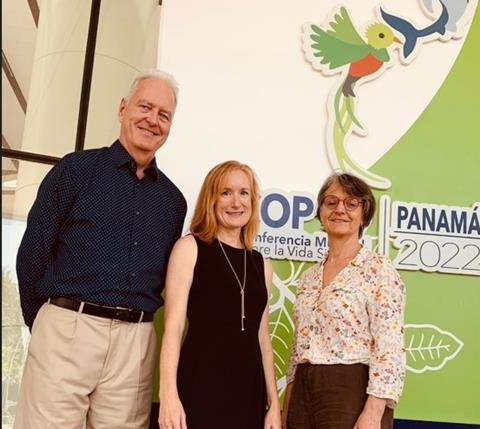 The 19th meeting of the Convention on International Trade in Endangered Species of Wild Fauna and Flora (CITES) has been taking place in Panama City. On 25 November a decision was announced affecting the international trade of pernambuco wood (Paubrasilia echinata).

The decision reflects an agreement reached among Brazil, the European Union, the United Kingdom, Japan, Australia, the United States and other CITES Parties, including music sector stakeholders, who participated in a dedicated working group on the topic.

Pernambuco was first listed on CITES Appendix II in 2007 with an annotation (Annotation #10) requiring CITES permits for international shipments of wood and bow blanks. In June 2022, Brazil introduced a proposal to list pernambuco on CITES Appendix I, which would have triggered very severe restrictions on trade and travel, including, for the first time, the cross-border movement of finished bows. Following working group discussions, Brazil modified its original proposal.

Watch: Future of pernambuco under discussion at CITES convention

In addition, the decision contains voluntary measures that call on CITES, CITES Parties and CITES Committees to, within the next three years, consider systems for documenting the legality of bows and Pernambuco stockpiles, support capacity-building for enforcement and conservation efforts within Brazil and among Parties, and identify plantation-grown pernambuco that could be certified for sustainable use.

‘We are very pleased with the outcome and the spirit of cooperation on the part of Brazil and other CITES Parties that made this consensus result possible,’ said Daniel J. Weisshaar, president of the International Alliance of Violin and Bow Makers for Endangered Species. ‘Our trade has worked for more than twenty years to conserve this iconic species, which is so vitally important for stringed instrument music. We look forward to continuing these efforts in cooperation with Brazil.’

‘Musicians are grateful for the ongoing opportunity to engage in international music making while they also partner with bow makers and CITES management authorities globally toward next steps that will advance essential conservation efforts for pernambuco,’ said Heather Noonan, vice president for Advocacy for the League of American Orchestras. ‘Musicians have a unique capacity to be ambassadors for the species they hold in their hands, concert after concert.’

Representatives from a range of music sector organizations participated in CoP19 and provided inputs that led to the final outcome. These included the International Alliance of Violin and Bow Makers for Endangered Species, the International Society for Violin and Bow Makers, the International Pernambuco Conservation Initiative, the League of American Orchestras, Chambre Syndicale de la Facture Instrumentale, Confederation of European Music Industries, and the Japanese Music Industry Association. In addition, 55 music organisations from around the world submitted a joint position paper that expressed concern about deforestation and illegal trafficking, outlined the sector’s opposition to an Appendix I listing and urged CITES Parties to obtain a solution that would conserve pernambuco and enable trade and travel of finished pernambuco bows.