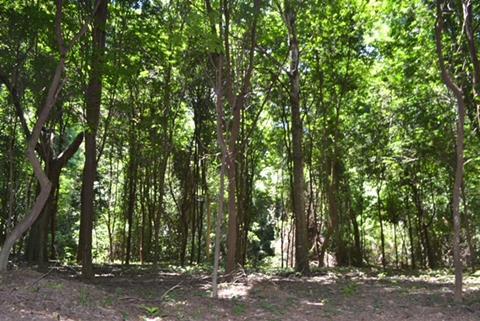 Back in 2018, I attended a meeting in Cremona of many representatives from professional violin and bow making associations around the world. The aim was to discuss threats to our profession arising from the scarcity of natural resources, and possible ways to respond to them. These were not heads of industry looking to protect shareholders’ profits; rather, most of them were individual craftspeople who had grown up using wood to make beautiful things that could be passed on to others, to use in making music. There was no sense of hard-nosed capitalism, nor a sense that our business had a greater right to exploit the world’s natural resources than others, but they displayed deep concern, ranging from the soil into which a sapling is planted to the experience of the audience in a concert hall.

On the subject of pernambuco - the wood from which bows are made - there were horrifying threats to its sustainable use, but not the ones we would have expected. While we tend to think of the use of tropical hardwoods negatively, anyone whose primary interest is for our natural environment will find that both concerns go hand in hand.

Pernambuco is not under threat; it will not become extinct. For the second time in a generation, pernambuco has been thrown under the bus of expediency as a political gesture to show that the Brazilian government is doing something good in order to smooth the way for the devastating wholesale destruction of the rainforests. The preservation of pernambuco is not only vital for our musical culture, but by fighting the specious claims of Bolsonaro’s Brazilian government, our fight is shining a light on the cynical political will of a government that is intent on causing the maximum destruction of the rainforests for short-term commercial gain. By showing compliance with Unesco by identifying species of particular risk, this government shows action and commitment. Meanwhile, an average of 10,000 acres of rainforest are destroyed per day. In 2021 4.8 million acres of land were lost to indiscriminate deforestation. In other words, an area the size of the city of New York every day - an area the size of Italy per year.

The last time pernambuco became a political football was in the late 1990s, leading to a group of bow makers in 60 countries forming the International Pernambuco Conservation Initiative (IPCI). At the time, activists were shining a light on the mahogany industry, which was extracting the equivalent of $1 million of timber per day from virgin rainforest. Pernambuco was such a specialist wood with no value to the mahogany industry, that it served as a sacrificial lamb. CITES, the organisation that regulates endangered species, requires extensive surveys to determine the extent of loss of any given species before adding it to Appendix I of the most endangered species. However, the Brazilian government never did a survey, stating their case largely on the high cost of finished products made in pernambuco relative to its raw material costs. This promoted an argument that its economic potential was the driving force behind alleged over-utilisation of the scarce resource.

When the determination was made to have pernambuco listed under Appendix I, representatives of IPCI were given just four minutes to state their case before the vote. Afterwards a single hand was raised to make an objection. The man who stated that this was ‘a really serious issue and that it urgently needed to be approved’ that swayed the room was a specialist in Brazilian tropical hardwood on account of being a spokesman for an organisation that represented the 40 biggest tropical hardwood dealers, at a time that the industry was under heavy scrutiny. By being seen to be ‘ethical’ on pernambuco, it gave the impression that the government and timber industry was overall more ‘ethical’.

Two decades later, why has this issue raised its head again? According to the International Tropical Timber Organization (ITTO), the value of Brazilian exports of wood-based products (excluding pulp and paper) increased by a staggering 36 per cent year-on-year in September 2021. The value up from US$283.2 million to US$385.8 million. With this unprecedented market growth, the government policies under Jair Bolsonaro to promote the exploitation of Brazil’s natural resources, scrutiny and international pressure to protect the rainforest is the hottest it has ever been. Yet again, the political expedience of throwing the violin bow trade under the bus serves to clog up CITES time, show willing on behalf of the Brazilian government and create a diversionary smokescreen. The stark truth is that supporting efforts to prohibit pernambuco does more to support the destruction of the rainforest than doing nothing. This veneer of responsibility diverts attention from Bolsonaro’s priorities to exchange timber for foreign cash with devastating effects on the rainforest and its ecosystem of plants and wildlife.

In reality, the fate of pernambuco is in good hands. The 1980s saw the beginning of sustainable plantations for pernambuco, simply because it was becoming harder to extract wood from the rainforest as demand increased. As the impending crisis of the late 1990s evolved, these plantations were replicated by other Brazilian bow manufacturers, and developed hand in hand with the development of a home-grown industry of making bows at source for the global market, meaning that more of the revenue from bow making than just the raw material costs comes into Brazil, and helps to sustain the communities that provide stewardship to these plantations.

Pernambuco has never been endangered except by indiscriminate clearance for other purposes, and most of what is felled is destroyed. However, it is unattractive to the timber industry because it is too hard and too heavy by comparison to mahogany species to be a commercial wood. It is simply the scarcity of uses that it offers that makes it seem like a rare timber, which makes it a target for cynical political opportunism. Moreover, it has the potential as a responsibly harvested wood to offer communities a way of life in better connected with the environment that the world is trying to protect. Pernambuco growers need to have the support of a global community that can support their ethical sustainable aims, and that is where you come in. If pernambuco is the tree of harmony, it is not for music so much as its potential to restore an equilibrium between humankind and nature.

If CITES Appendix I listing is given to pernambuco in November 2022, all of this will be for nothing, and the effects of draconian legislation will be far-reaching. These include an end to the plantations and their contribution to ecological regrowth, all the way through to the ability to purchase and travel with pernambuco bows. We need your help to support initiatives that are ahead of the curve and provide a beacon of good practice for sustainable husbandry of the environment in Brazil, and we need further support to ensure that they remain on track.

You can sign Emilie Belaud’s petition ahead of the CITES meeting in November 2022. Add your name on Change.org here.