Thomas Dunford performs with Jupiter, the instrumental ensemble he founded in 2018, on the forthcoming Erato release Amazone 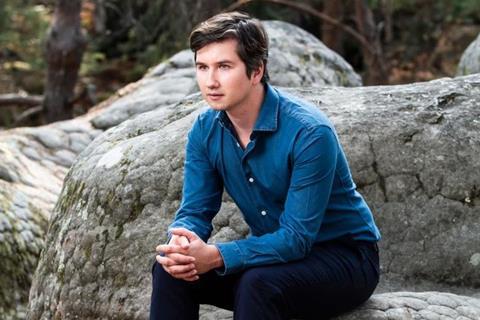 The French lutenist Thomas Dunford, a rising star in historically informed performance, has signed an exclusive agreement with Warner Classics.

Born in Paris in 1988, Thomas Dunford discovered the lute at the age of nine, thanks to his first teacher Claire Antonini. He completed his studies in 2006 at the Conservatoire de Paris (CRR), when he obtained a unanimous 1st Prize with honours in the class of Charles-Edouard Fantin.

Dunford performs with Jupiter, the instrumental ensemble he founded in 2018, on the forthcoming Erato release Amazone - a collection of baroque arias celebrating the legendary warrior queens who were a great source of inspiration for the composers of the 18th century - scheduled for release in autumn 2021. Dunford made his Erato debut with the album Barricades, released in Spring 2020.

Dunford says: ‘This adventure with Erato was launched by a meeting with Alain Lanceron. We found so much common ground in our artistic thinking, and his belief in me and in supporting my various projects confirmed my readiness to join the label, which enjoys such a glowing reputation.’

Commenting on the signing of both Dunford and Lea Desandre, Alain Lanceron, President of Warner Classics & Erato, says: ‘Lea Desandre and Thomas Dunford are emblematic of the rising generation of musicians in historically informed performance. Sharing their joy in music-making with their listeners, they combine integrity with imagination, curiosity with creativity, and discipline with a sense of freedom. While respecting tradition and scholarship, they imbue all their endeavours with a spirit of adventure. With Lea being French-Italian, and Thomas being French with an American father, it is hardly surprising that they can transcend so many borders with apparent ease while retaining a distinctive identity. We are delighted that they have made this major commitment to the Erato label.’