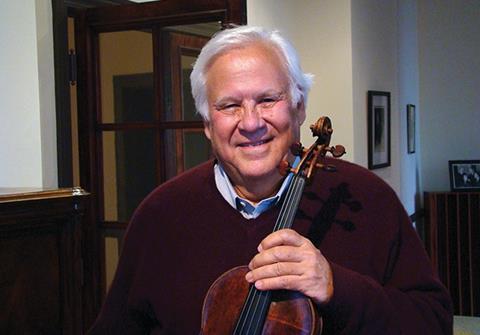 Prior to joining the Fine Arts Quartet in 1980, he was the violist of the Vermeer, Claremont and Berkshire quartets.

He held principal violist positions in the Pittsburgh, Dallas, and Houston Symphonies and appeared as soloist more than fifty times with these and other orchestras with such conductors as William Steinberg, James Levine, Lucas Foss, Kazimierz Kord and Donald Johanos.

In addition, Horner was involved in the founding of two not-for profit organizations that teach stringed instruments to children, including inner-city youth.

‘Jerry was an unbelievably generous, loving and genuine musician with a keen mind,’ Villers Quartet violinist Tamaki Higashi has said. ‘he sat in front of the quartet listening for hours as a fifth member, with the sharpest and deepest concentration to simply achieve the utmost beauty of music’.