€15,000 recognition for violinist’s commitment to opening up access to classical music 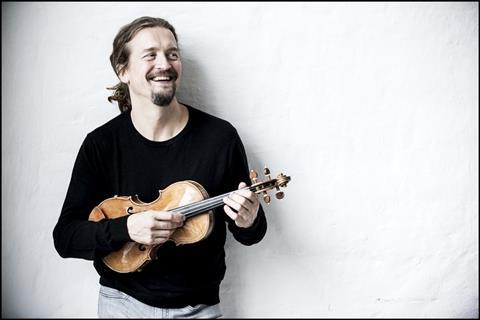 The Würth Prize, administered by Jeunesses Musicales Deutschland (JMD) and endowed with €15,000, was awarded violinist Christian Tetzlaff on 23 October. The citation noted both his ‘exceptional interpretations’, ‘which make familiar works seem like new discoveries’ as well as for his commitment to opening up access to classical music, especially for young people.

Awarded to artists, ensembles or projects judges to embody the values and objectives of the JMD, the Würth Prize’s previous recipients include conductor Gustavo Dudamel, cellist Sol Gabetta, the Artemis Quartett, violist Tabea Zimmermann, and projects such as the Berlin Philharmonic’s education arm, and the Bundesjugendorchester, Germany’s national youth orchestra.