Cellist Arlen Hlusko joins Bang on a Can All-Stars 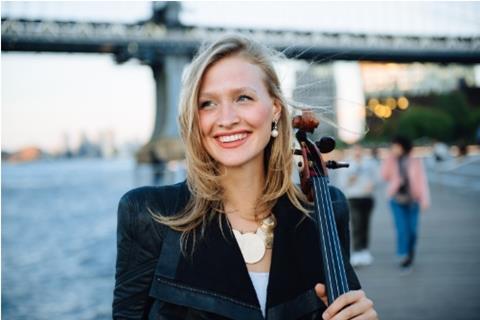 New York-based contemporary ensemble Bang on a Can has named Canadian cellist Arlen Hlusko as the newest member of its Bang on a Can All-Stars. Hlusko has been performing with the All-Stars throughout the 2019-20 season and now joins the group as its permanent cellist.

A Grammy award winning graduate of the Curtis Institute of Music and of Ensemble Connect, Hlusko has recently been a featured performer with the Los Angeles Philharmonic, BBC Concert Orchestra, and the National Arts Centre Orchestra. As a teacher, she has served on faculty of Curtis Summerfest, New York Philharmonic and Philadelphia Orchestra Teaching Artists, and given masterclasses in the USA, Canada, and Germany.

’I’ve had so much fun getting to know and perform with Vicky, David, Ken, Mark, and Robert this year,’ said Hlusko, ’and it’s a dream come true to get to continue making music with them for many years to come!’