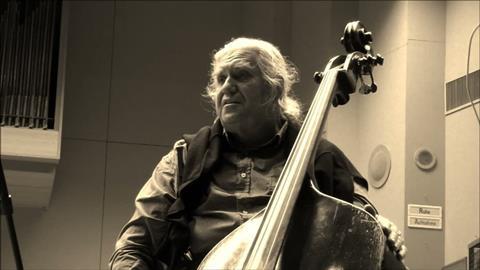 Güttler, who was solo bassist with the SWR Symphony Orchestra Baden-Baden and Freiburg and tutti double bass with the Berlin Philharmonic and Bucharest Radio Orchestra enjoyed a performing and teaching career spanning nearly 60 years.

‘I usually hesitate posting about my personal experiences when somebody significant leaves our community and moves on. In the case of Professor Wolfgang Güttler I simply have to make an exception,’ Martin Wind, a student of Güttler in Köln said. ‘He showed me how to play the instrument in a technically efficient and musical way, but also taught me by example what it means to be an artist!

’He encouraged me to listen to my own voice, follow my instincts and become an independently thinking, complete musician. In my 25+ years of teaching there has not been one day, where I did not pass on the lessons that I learned from him.’

During his career, Güttler received multiple awards for his solo and chamber recordings including the Concours de Genève in 1975.

A believer in expanding the repertoire of the double bass Güttler’s repertoire spanned from the classical standards through to jazz and contemporary works with pieces by Jean Françaix and Hans-Joachim Hespo commissioned for him.