Music examiners should be fair and encouraging

As an examiner for the Associated Board of the Royal Schools of Music, Ita Herbert has spent years coaxing the best out of her candidates in the UK and overseas 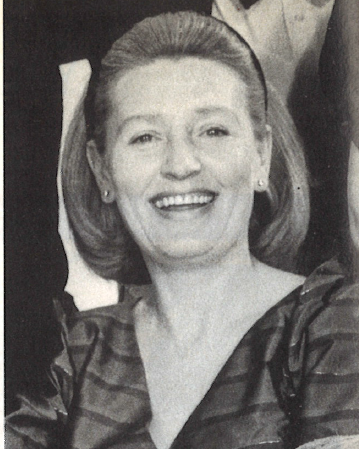 Years ago I was invited by the violist Watson Forbes to an interview with the Associated Board of the Royal Schools of Music in Bedford Square. In those days relatively few examiners were string specialists and Forbes was anxious to recruit more. I was a busy freelance violinist so I only took on a minimum of work at that stage, but over the years examining has become a significant part of my working life. Each year I tend to spend about eight weeks examining around the UK and, since 1993, I have been on a series of tours to Hong Kong and Malaysia, which can last up to twelve weeks. The rest of my time is spent teaching, which I love, and playing.

In the UK I usually work alone, examining for a week at a time. The transition from teacher to examiner feels quite natural to me, as I believe there is a real marriage between the two. Both are diagnostic roles, and it's a bit like being a doctor. I examine candidates up to Grade VIII on all instruments. I don't find this difficult because although I wouldn't tell a trumpeter how to blow his or her trumpet, I do comment on how he or she approaches the music.

The quality most needed by an examiner is an interest in people. It can be a bit wearing to have a whole morning of Grade I candidates who all make exactly the same rhythmic faults in their identical pieces, but the moment a candidate walks through the door, something about them comes across to you. Then, as soon as they start to play, you have a remarkably clear insight into their personality, more than you would ever learn by just talking with them. And I do enjoy the extraordinary succession of ten- or fìfteen-minute intervals with people I have never seen before and will probably never see again.

It feels strange to be held in awe as an examiner.Occasionally a child arrives who is very highly strung and I always take an extra second or two to get them settled, adjusting their stand or piano stool and establishing friendly eye contact with them. Sometimes candidates can be so scared that they will put their finger on the wrong string altogether, in which case I just ask them to start again. Let's face it, if you can see that the child is so nervous that they're not concentrating on what they are doing, you know it's fear and not ignorance which is causing the mistake and it's only reasonable to let them have another try.

After a day's examining, I go back to my hotel, have a meal and go over my papers. I find this routine suits me quite well for a week because I can catch up on sleep, reading and letter writing.

In 1993 I joined more than 20 examiners on a nine-week tour in Hong Kong, where examinations take place in specialist music studios. The candidates are usually dressed immaculately in their best clothes, unlike in the UK where they are more likely to turn up in jeans and a jumper. They stand and say 'Good afternoon, Missie', or whatever phrase they have been taught. Sometimes this is the only English they speak and we have to use an interpreter during the exam. I break the ice by helping them on to the piano stool, adjusting the stand or whatever else needs to be done.

Last year I spent twelve weeks in Malaysia and must have examined 1,400 candidates during that time. Six of the twelve weeks were spent alone in a very remote area, which was quite daunting.

Considering the fact that they are playing Western music, I am astonished by what candidates from a different cultural backgrounds manage to achieve, and standards of musicianship have improved dramatically over the last four years. The climate forces string players in Hong Kong to use wire strings which don't create the warmest of sounds. Examiners have commented about this over the years, and candidates are managing to produce a much kinder tone than before. It's as if the examiners' comments are getting through.

Last year I had two really stunning candidates in Hong Kong, a viola player and a violinist. Of course, when you do encounter a truly talented player it is pure joy and time just stops there.

This article was first published in The Strad's October 1999 issue. Subscribe to The Strad or download our digital edition as part of a 30-day free trial. To purchase single issues click here.