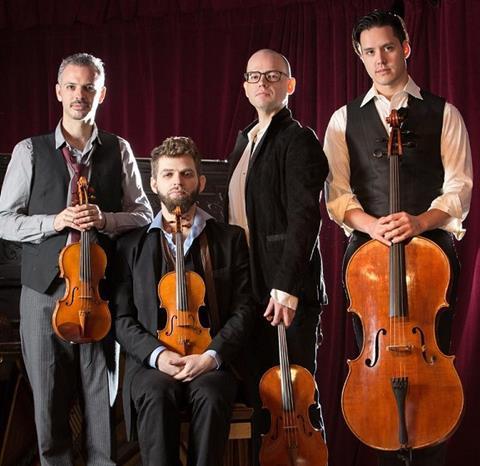 The appointment, due to be phased in over the coming months, enables founding cellist Eric Jacobsen to concentrate more fully on his growing conducting career, which includes a new role as music director of the Orlando Philharmonic alongside his existing commitment as director of the Greater Bridgeport Symphony.

A fellow Juilliard School alumnus, Nicolas is a member of the International Contemporary Ensemble and Ensemble Ditto, and former associate principal cellist of the Montreal Symphony.

‘Being part of a string quartet is a new frontier for me, and I cannot think of any three artists with whom I’d rather attempt the journey, he said. ‘I suspect that Brooklyn Rider thought of me because we share such a similar musical ethos.’

‘Though leaving the quartet is one of the hardest decisions I've ever grappled with, it's made easier knowing that Michael Nicolas will take over,’ added Jacobsen. ‘I remember being wowed by him 15 years ago when we were freshmen together at Juilliard, and my respect for him has only grown.’

Brooklyn Rider featured in The Strad's October 2014 issue - download on desktop computer or through The Strad App.