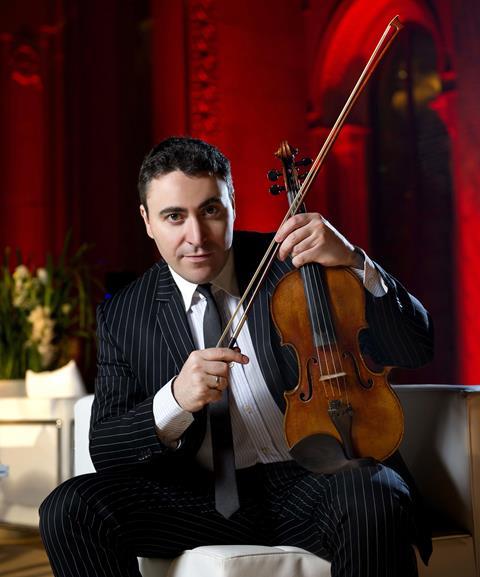 Maxim Vengerov has been named as the Oxford Philomusica’s first artist-in-residence, in the year the orchestra celebrates its 15th anniversary. The Russian violinist first appeared with the orchestra earlier this year in a performance of the Britten and Dvorák concertos at the Sheldonian Theatre, Oxford, conducted by its founder Marios Papadopoulos, and gave a masterclass at the venue the following day.

The violinist’s three-year residency will begin on 1 December 2013 with a performance alongside Papadopoulos of three works for violin and piano: Franck’s Violin Sonata in A, Saint-Saëns Havanaise and Tchaikovsky’s Valse-Scherzo, at the Sheldonian Theatre.  This will be followed in April and early May 2014 with a three-date tour comprising concerts in Oxford, Manchester’s Bridgewater Hall and Basingstoke, where Vengerov will play Bruch’s Violin Concerto no.1 and lead the Orchestra in Schumann’s Fourth Symphony. Further plans include masterclasses and projects with students as part of Oxford Philomusica’s own residency with the University of Oxford.