‘Don’t be afraid to introduce yourself to people in the trade’: how to enter the lutherie profession

In this extract from March 2022, luthiers reflect on their early professional experiences and give advice to those entering the profession 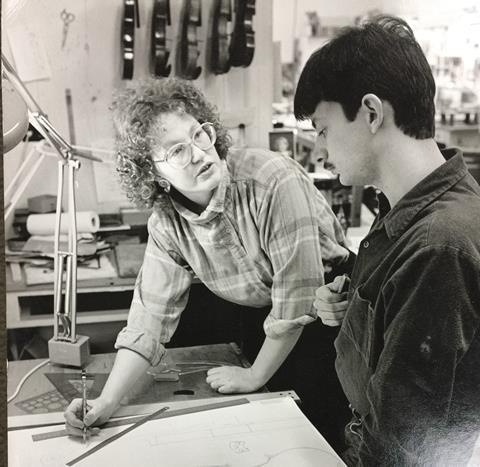 The following extract is from The Strad’s March 2022 issue  feature ‘Early Lutherie Experience: The Journeyman Years’. To read it in full, click here  to subscribe and login. The March 2022 digital magazine  and print edition   are on sale now

As with any competitive field, finding a first job can be made easier by networking and making contacts during college, and by taking every opportunity to be exposed to the trade.

‘I realised very early on that you have to think about jobs and your career right from the start – even before you begin college,’ says the Utrecht-based maker and restorer Hubert de Launay, who worked for Dutch makers Harry Jansen, Melle Wondergem and Guust François, and then Michael Byrd, John Dilworth and Andreas Post before setting up independently in 2019.

‘My teachers at West Dean College were always encouraging students to find a work placement whenever we could in the holidays. We would frequently go to auctions to meet people and see lots of instruments. We’d visit workshops and museums and go on international study trips. This all added up to making us feel comfortable outside the safe space of the college workshop.’

Read: Luigi Cavallini: A maker in the rough

Nebraska-based violin maker Marilyn Wallin, who studied at the Chicago School of Violin Making and is past president of the Violin Society of America, advises young makers: ‘Don’t be afraid to introduce yourself to people in the trade. The violin community wants to know who’s out there, who’s new. The more you get the word out, the more likely you are to get a better job.’

During college, Wallin worked Saturdays in a music store which had a rental programme, and in the summers she apprenticed with violin maker David Wiebe. ‘I also kept up my viola playing through school,’ she says. ‘This was important to me, but it probably made me more valuable as an employee as well.’ After graduating, Wallin landed a two-year apprenticeship at Bein & Fushi in Chicago before leaving to set up a making workshop at home and start a family.

’The violin community wants to know who’s out there, who’s new. The more you get the word out, the more likely you are to get a better job’ - Marilyn Wallin

From an employer’s perspective, what sets a fresh graduate apart from any of their peers? ‘More important than someone’s ability is their attitude,’ says Philip Brown, a restorer and bow maker in Newbury, UK, who during more than 30 years in the trade has mentored and employed numerous makers and restorers, including Warren Bailey and Markus Laine.

‘Nearly all the applications I get for placements and positions come from abroad,’ he adds. ‘To make that journey and come to somewhere where the cost of living is relatively high, especially for a young person, shows a certain level of commitment and determination.’

De Launay says: ‘Nine times out of ten, employers are not looking for the most skilled person. They want someone nice, because they’ve got to share their workshop with them for nine hours a day.’ He adds: ‘I’m always surprised at people who come presenting their college violin in the hope of getting a job. Everyone at college makes a violin, and everyone learns how to make one in roughly the same way. I’m much more interested in someone as a person, and in their mindset and how fast they learn.’

’Nine times out of ten, employers are not looking for the most skilled person. They want someone nice, because they’ve got to share their workshop with them for nine hours a day’ - Hubert de Launay

For Pielaszek, a potential assistant should share common ideas and goals with the maker they want to work for. ‘We can have different styles but it’s important to share a general idea about the quality of the instruments we’re making,’ he says. ‘It can be difficult if someone doesn’t care as much as about details or quality as I do, and just wants to work fast. Technical skills can come with time, but it’s more difficult if you’re looking for different things.’