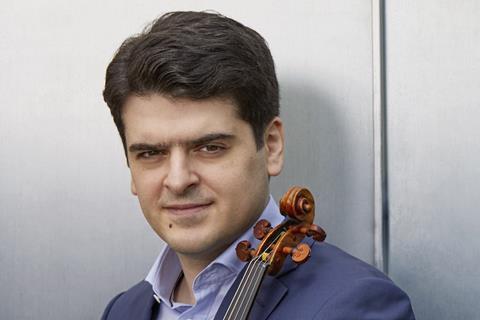 This is how to start the day. I never play a note of anything before practising scales. Playing scales is the most important aspect of practice and if done well it gives you a proper base upon which you can build. If there is little time for practice, it’s better to do just the scales and leave the rest for the next day.

This can also be integrated into the scales routine, but essentially it is something different. To achieve consistency in the quality of your sound production, you need to invest a bit of time every day in your bow arm. It doesn’t happen by itself and it’s not easy; if it were, anyone could do it.

This is the only way to achieve actual control over what you do in any given piece of music, which is the whole point of practising. The most important thing is to play in the same part of the bow, with the same stroke, with the same amount of vibrato and obviously with the same fingerings as you would when playing in tempo. Otherwise there’s little point in doing this.

You would assume everybody does this, but they don’t. Unless you’re playing a solo violin piece, there is music beyond your own part. And even in a solo piece it’s essential to know form, harmonic structure, and much more. Basically, if you’re just playing the notes without knowing the music you’re playing, you’re not actually making music.

Playing the violin puts a huge strain on your body. If you don’t practise efficiently, you increase the risk of injury because you’re practising too much. If the concentration is gone, the best thing is to take a break and continue later if possible, otherwise you’re probably practising without thinking. Practising without thinking is a waste of time in the best case, and counterproductive in the worst case.